If you’re looking for some 4th of July festiveness or a dope hockey inspired t shirt this Major Capital tee is a solid bet.  Modeled after a Washington Capitals ice hockey jersey this t shirt features the giant 8&9 hit on the back. Beautiful, soft to touch ink so it’s light as a plain tee.  Major Capital tee is available now and just in time to match the Jordan Midnight 5’s releasing on July 2 get yours HERE 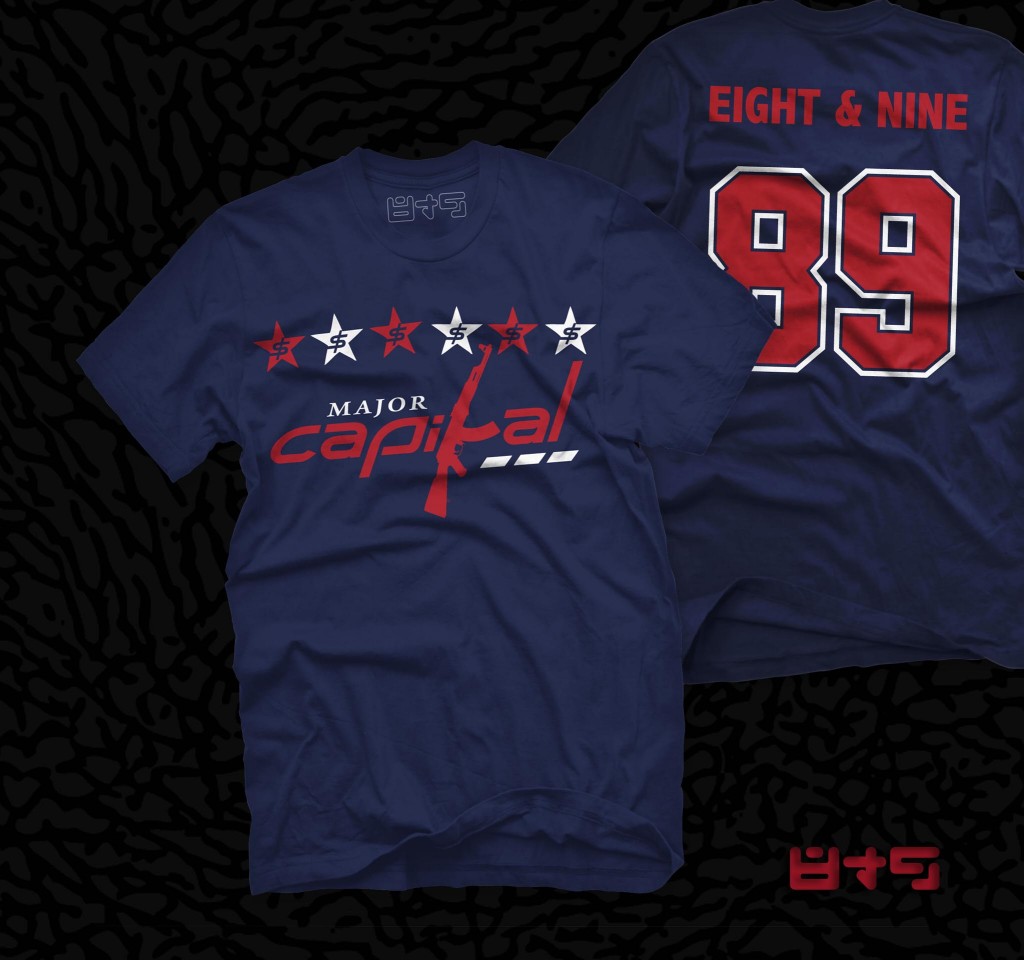