By know you’ve seen the white/navy Killin’ The Game t shirt. This is the red version which also happens to be one of my favorites.  Inspired by the Killian’s Red beer logo this graphic is rife with subliminal elements. From the decapitated horse head straight out of a Godfather movie to the Latin script reading “Revenge is best served cold” this is more than your average streetwear brand will deliver.  Get yours HERE 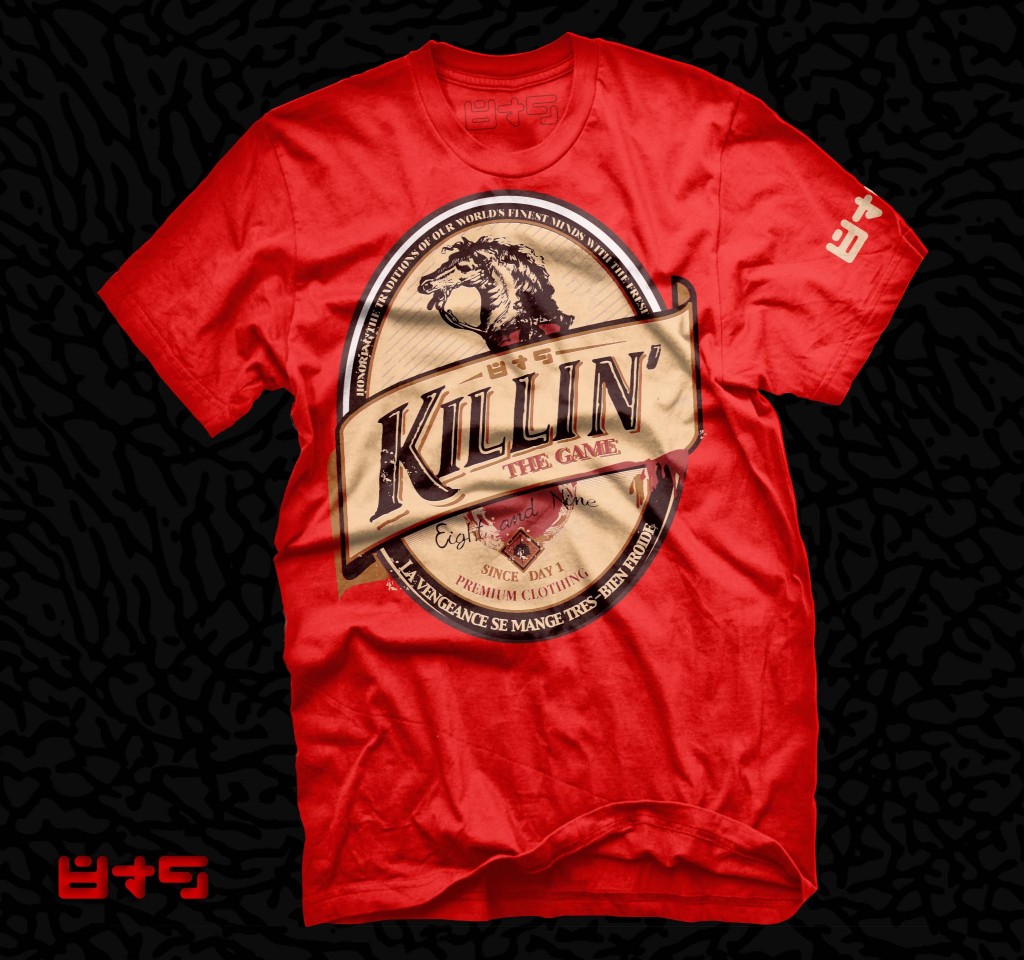