So it looks like the official release date is confirmed for the Nike Air Foamposite Pro Pine Green. We’ve had these in the office for a couple months now working up a few concoctions.  The shoe is barely pine green, it has really heavy “oil” slick overtones with brown and blue both mixed in. Expect something dope to match these. 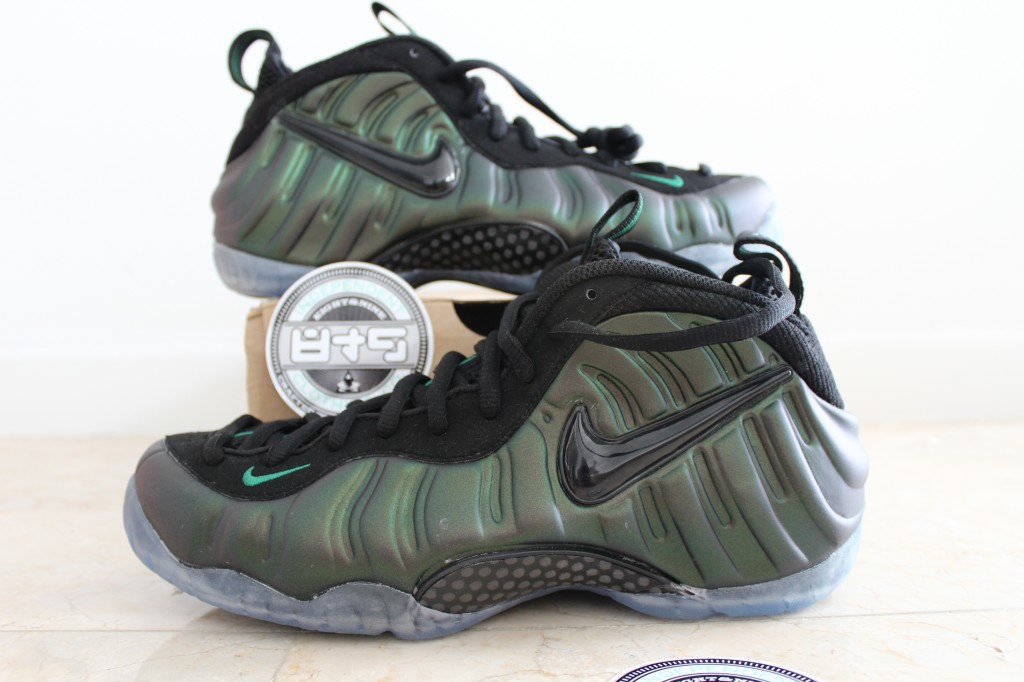 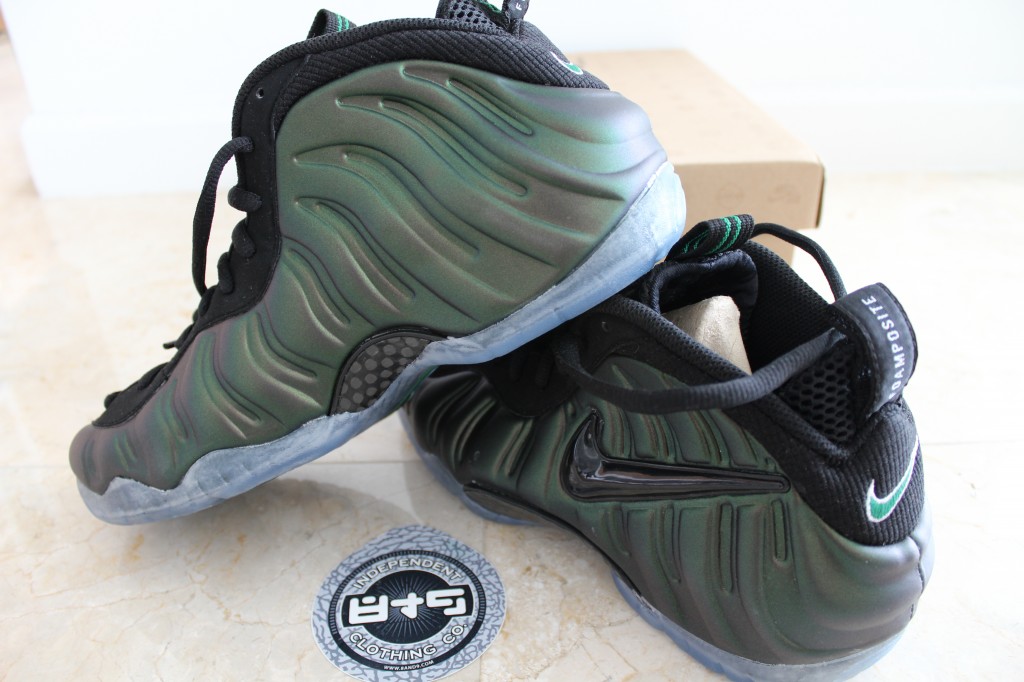