“Domino’sJapan is boldly going where no fast food chain has gone before: the moon.

That’s the premise, anyway, of a new site the chain has introduced. The site features a video of the chain’s Japan President and CEO Scott K. Oelkers in a space suit speaking (mostly) in English with Japanese subtitles. Oelkers explains in deadpan fashion that the chain plans to open a branch on the moon. “Perhaps you think we’re foolish to take on such a challenge and perhaps we are foolish,” he says. “It takes courage to accept a challenge to make your dreams come true.” 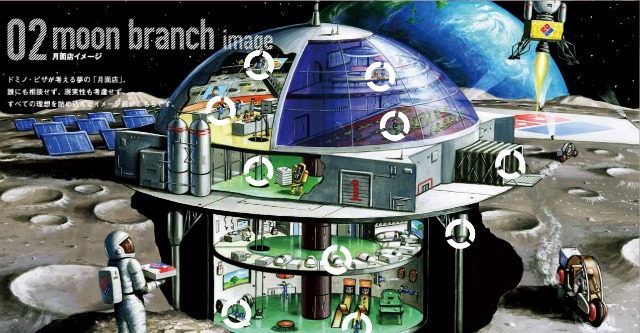 The post Domino’s Japan Claims It Wants to Open a Branch on the Moon appeared first on 8&9 Clothing Co..