Allegedly, “Afghan and U.S.-led coalition troops destroyed drugs worth more than $350 million and three drug laboratories in what is believed to be Afghanistan’s largest drug seizure this past decade, NATO said Wednesday. The money from the drugs was believed to be bankrolling attacks on Afghan and coalition forces.

Acting on intelligence, the troops targeted an area in Helmand’s Baghran district on Monday that was suspected of being a manufacturing site for drugs and destroyed more than 26,000 pounds (12,065 kilograms) of chemicals used to make drugs, 220 pounds (100 kilograms) of heroin and 176 pounds (80 kilograms) of opium. Afghanistan produces about 90 percent of the world’s opium.” full article here 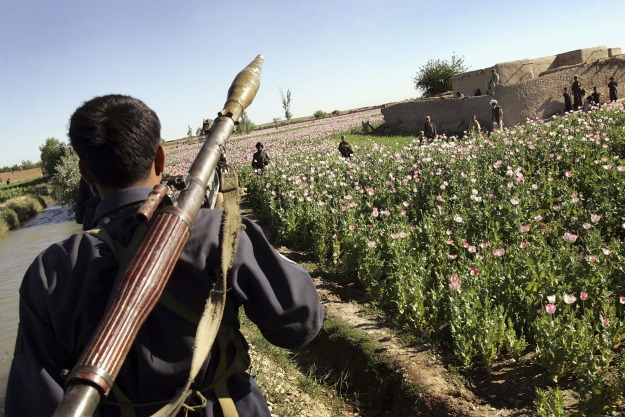 The post Drugs: Over $350 Million Seized In Afghanistan appeared first on 8&9 Clothing Co..