Breaking News: The Air Jordan Olympic 6 hasn’t been out since September of 2000 when roughly 1500 pairs were made. Navy/White/Red with red lace locks. Definitely a dope sneaker and a sick addition to the already solid Jordan 2012 line up.  S/O kicksonfire.com for the early heads up. CLICK for more info from the source 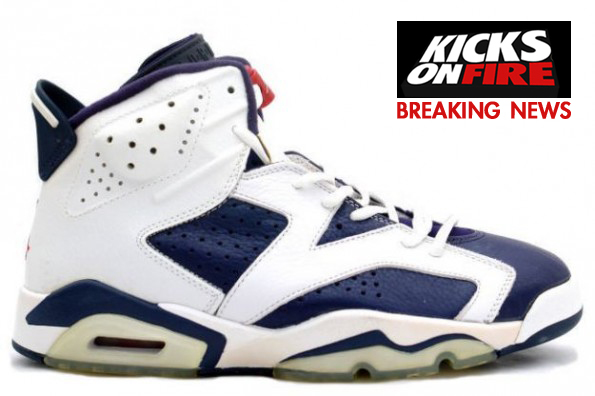