The Galaxy Foamposite release has to be one of the hypest I’ve ever seen, the Concords was pretty bad, but the galaxy is no retro, it has a really sick theme, with the glow in the dark sole tying directly into it, on a sneaker that has gained enomorous popularity since the release of the eggplants. What’s not to love about it? But, can you imagine having a sneaker store and people coming in all day asking about a shoe you dont have a chance of getting to sell? How about seeing the Galaxys on the front page of the Daily News and a half page story of the foams on page 3? Better yet , people willing to trade their car for a pair?
Shout out to my fam @ButtahDominguez for the no galaxy pic lol! 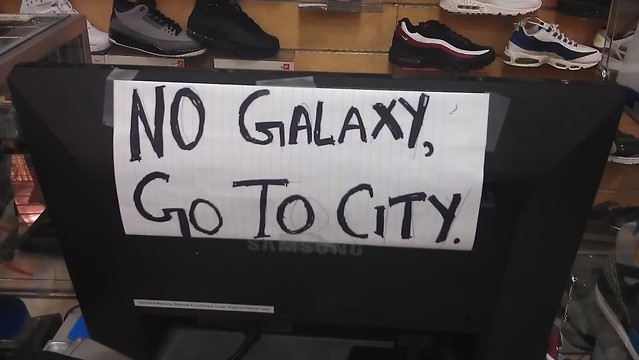 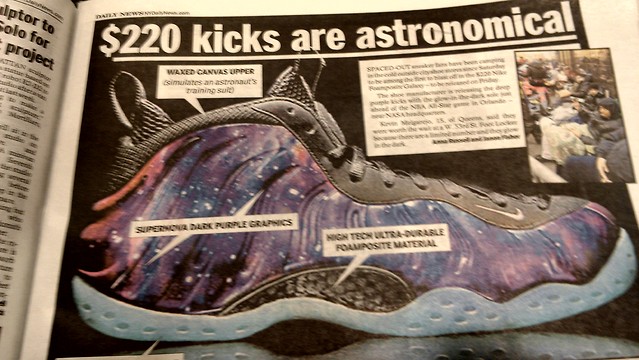 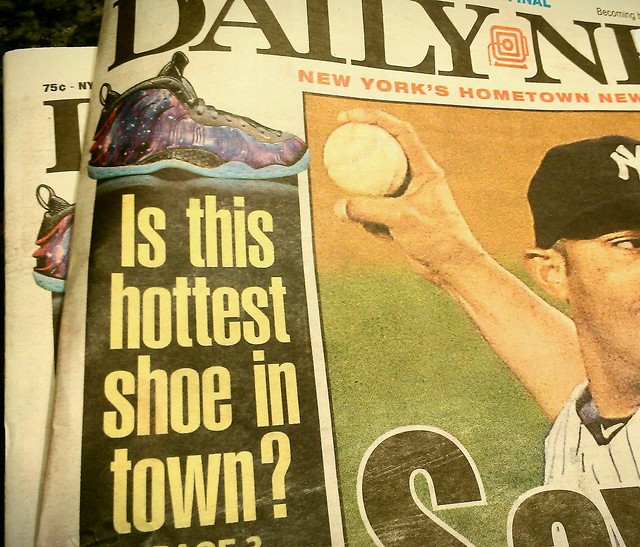 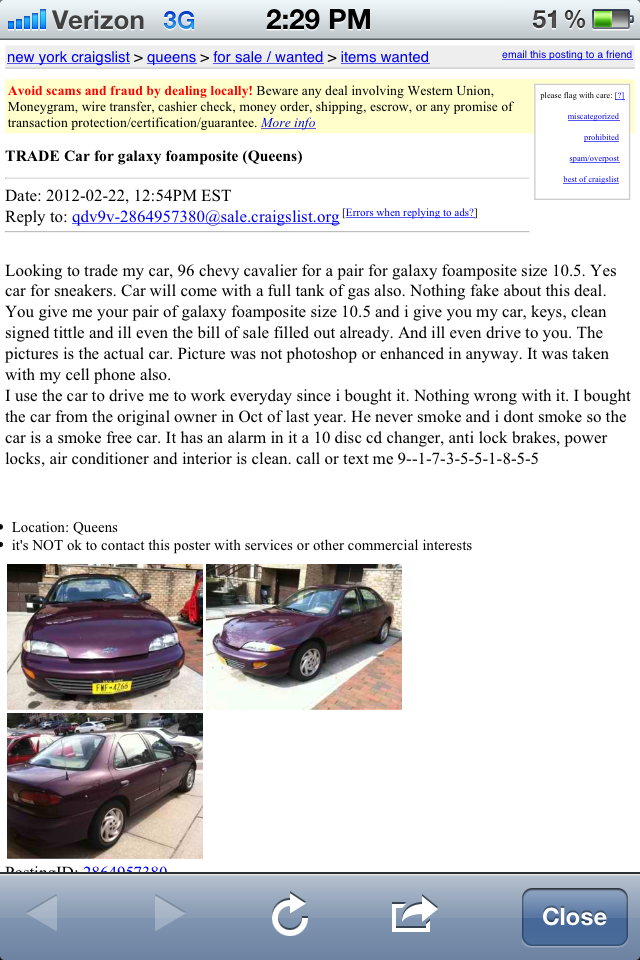