Sneakerheads: Galaxy Foamposite 2012 Most Hype Release ? Part 2
Shout out to my boy @stylebeatsswag for the official pic of the Galaxys, lol! I included a quick screen shot of the foams on ebay for 60 racks, and a news clip. Many Florida locations were shut down and i received this news from my boy Bryan “Its official. Nike has removed ALL of our Galaxy releases from ALL of our HOH & Foot Locker stores in Florida after last night. We waited 2 hours last night to hear back from them, then they called & said and i quote “Its cancelled & we are removing the loads. We will have authorities escort all staff to their hotels & vehicles!!” 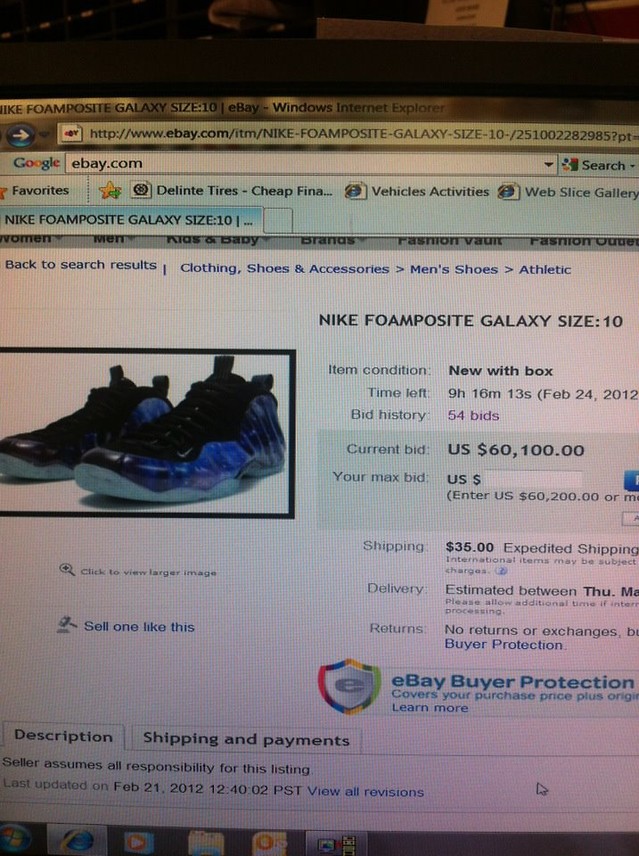 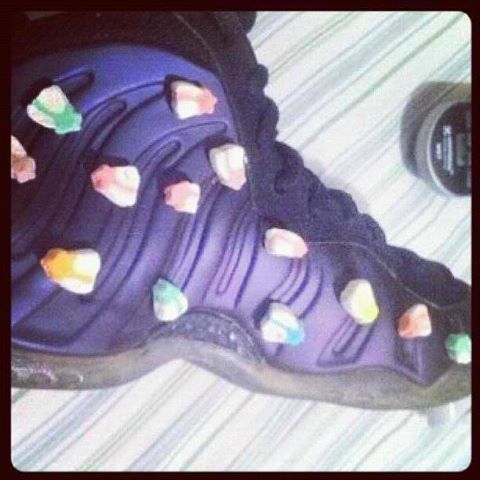