If you don’t know the reference, the black power salute at the 1968 Olympics was a protest made by African American athletes Tommie Smith and John Carlos; the athletes made the raised fist gesture at the Olympic Stadium in Mexico City. The Australian competitor, Peter Norman, wore an Olympic Project for Human Rights badge in solidarity. The event was one of the most overtly political statements in the history of modern Olympic Games. Tommie Smith stated in his autobiography, Silent Gesture, that the gesture was not a “black power” salute, but in fact a “human rights salute.” And this is why we made the tee. 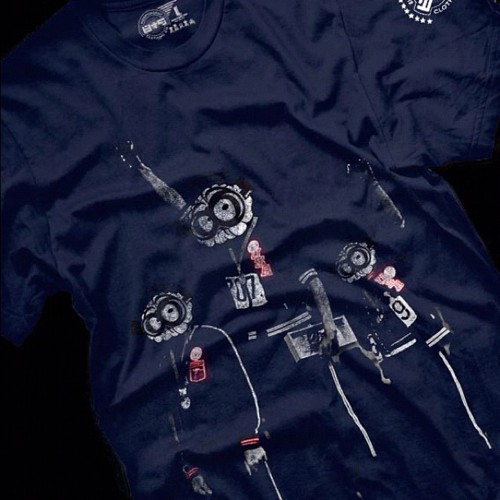