“I never sleep, cause sleep is the cousin of death” Nas inspired this one when he spit the famous quote on the classic New York State Of Mind. Then we took the colors Vivid Orange and Cherry which happen to match the Lebron 9 Low aka Floridian or Bubble Gums and imagery from our city Miami put it together and voila magic. 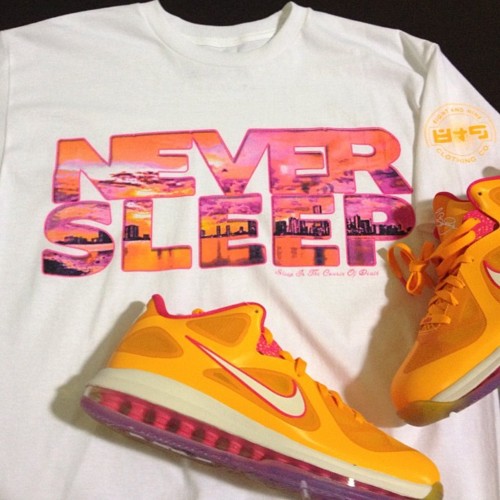