We know you can’t get enough of Air Foamposites, so here’s a first detailed look at the upcoming Black/Gem Green colorway, currently slated for July 2012; it’s got the classic color-blocking with the black neck, collar, and Swoosh, with a translucent outsole, but the upper features an interesting iridescent ‘chameleon’-like finish that looks something like a mix between the Eggplants and the Coppers. Could this be a ‘Bronze’ colorway, fitting in with the upcoming Olympic theme of the Air Foamposite One ‘Gold’? Although the product info coincides with the ‘Gem Green’ that was intially previewed back in mid-January, it’s rather interesting to see that there isn’t much ‘Green’ about these. We’ll keep you updated on more developments regarding this colorway and all other Foamposite news, so check out the gallery below and stick with Sneaker News for more. 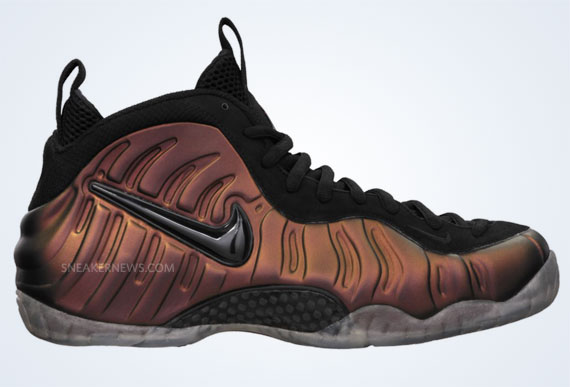 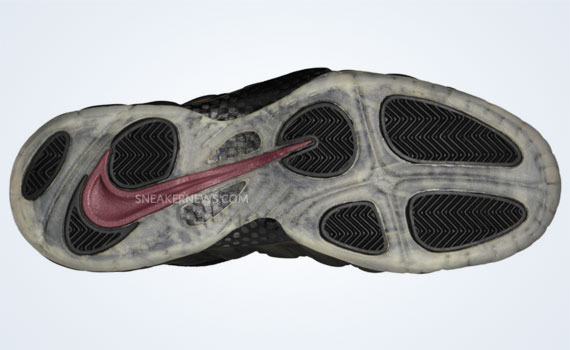