“The summer of 2009 saw Kanye West take his creativity and brand to another level. Martin Louis the King Jr. (address him as such) followed up his Nike debut with a collection of kicks for the luxury brand of his nick-namesake. With help from friend and hero Marc Jacobs, the Kanye West for Louis Vuitton line took on the titles of Ye’s close friends and broadened the boundaries and budget of the sneaker culture.

While the Yeezy 1 challenged the checkout price for a signature, sneaker prices really made headlines with the Kanye crafted kicks for the Grammy Family. Though outrageous by sport standards, the $840 starting rate offered a relatively low entry point for the luxury brand. The result was a collection that brought new shoppers into the LV store and challenged the limits of a ‘celebrity line’. To this day, the Dons are a standout in a favorite in red. 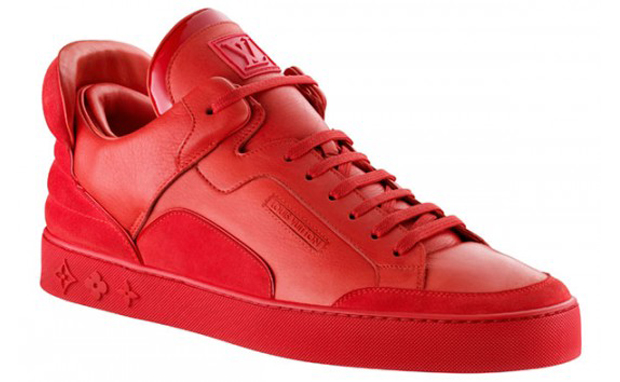