This really bothers me I personally feel people over reacted.

Just last week we reported that the Jeremy Scott x adidas Roundhouse Mid “Handcuffs” sneakers would be released on August 12, however today the Washington Post reported that the unique sneakers have been withdrawn. The shoe sparked a huge response online, though a majority of the feedback was negative – claiming the unique design resembled the shackles used on African-Americans during slavery. Under fire, adidas immediately pulled the sneaker from their August releases and issued the following statement:

[The sneaker] â€œis nothing more than the designer Jeremy Scottâ€™s outrageous and unique take on fashion and has nothing to do with slavery. Since the shoe debuted on our Facebook page ahead of its market release in August, Adidas has received both favorable and critical feedback. We apologize if people are offended by the design and we are withdrawing our plans to make them available in the marketplace.â€ 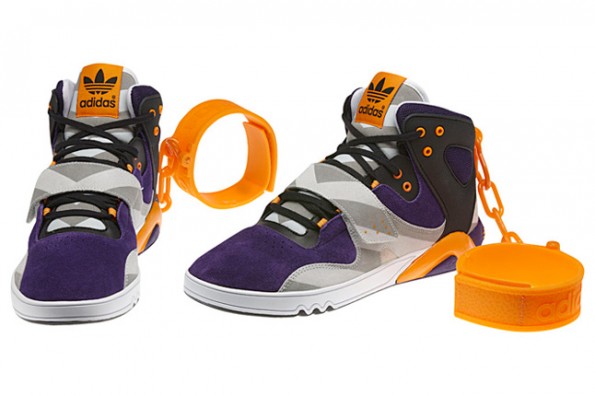