The Nike Roshe Run sneaker has become one of the biggest successes for Nike with a brand new silhouette. We see the shoe all over the place and stores keep telling us that they cannot keep up with demand. We have to admit, we did not see it coming when we saw first samples of the lifestyle running shoe, but it looks very nice and is extremely comfortable as well.

Nike keeps the momentum up and presents new colorways for Fall/Winter 2012. Here is a look at some of them, including red/white, black/stadium green, royal blue/orange, blue glow/volt and also a classic black/white color-up.

Look out for all these to arrive at retailers, including Soleroom, in the coming months. 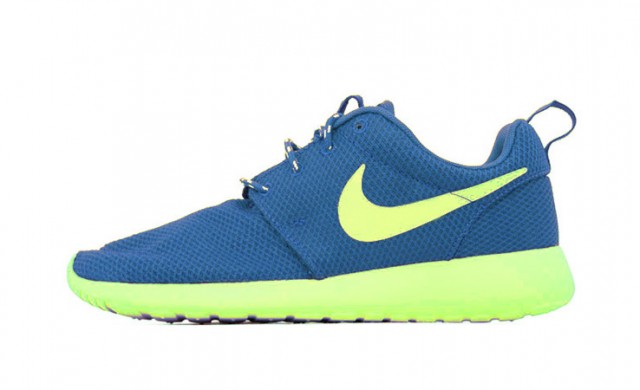 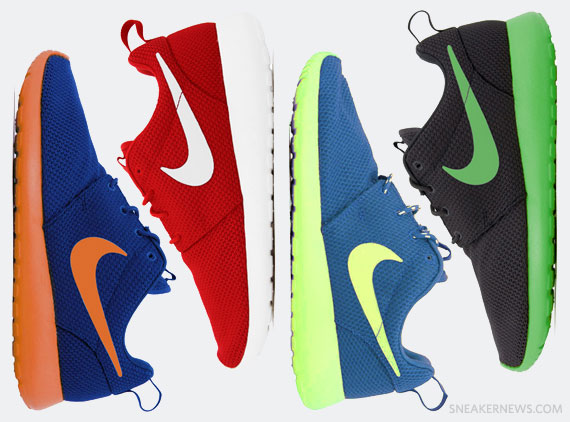