Our latest tee inspired by the upcoming Olympics, the actual ’68 Olympic logo and the 2012 Air Jordan Olympic 6 release. You’ll have to study this one. This shirt is the perfect match for the Air Jordan Olympic 6 with a release date of July 7, 2012. The color is White/Midnight/Navy-Varsity Red 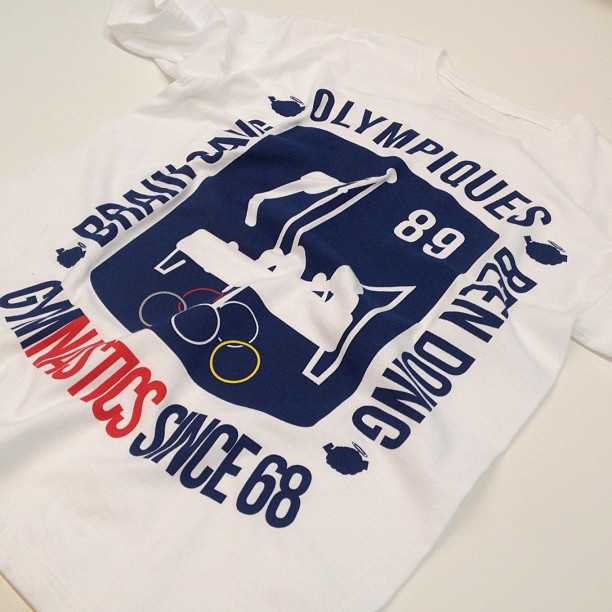