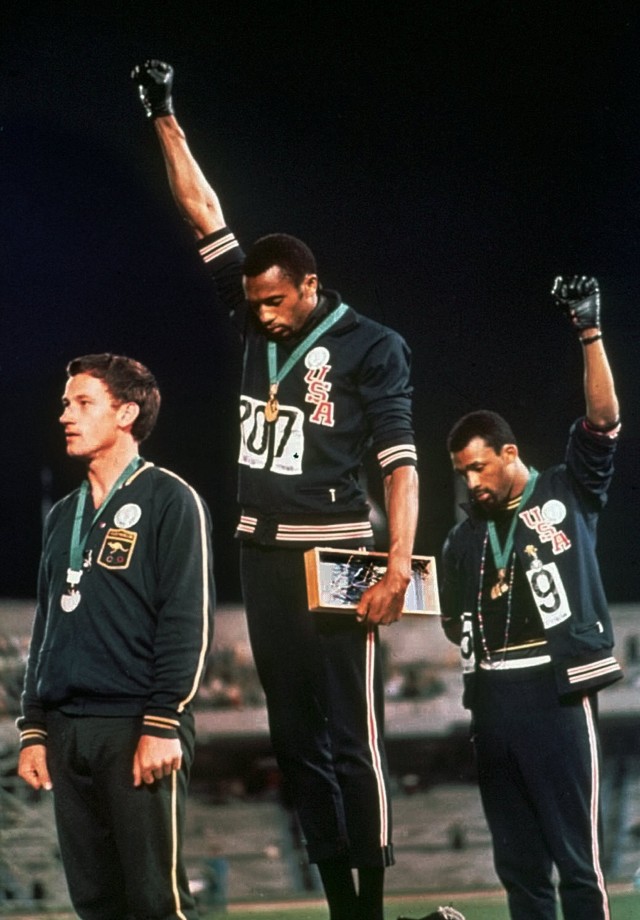 Check out the story that has inspired one of 8and9’s most recent design, 68 Olympic Brain. Courage and bravery at it’s best.

A look back at the controversial medal-stand protest of Americans Tommie Smith and John Carlos at the 1968 Olympics in Mexico City.