Inspired by the Washington Capitals Hockey Team Jersey this Major Capital takes the toughest sport to a new level.

Releasing just in time for everything Olympic the Major Capital t shirt is red / white / dark navy . Major Capital logo on the front and the giant Eight & Nine “89” jersey style hit on the back. The ink on this one is soft to the touch and so light you’ll feel like you’re wearing a plain t shirt. Great pickup. Get yours to match Jordan Olympic 6, Olympic Barkley’s or Air Jordan Midnight Retro 5 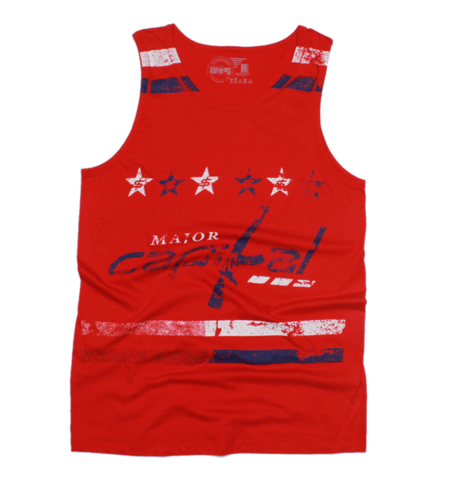