“For Fall 2012 Vans Vault has teamed up with our friends from Nice Kicks on ‘The Duel’ Sneaker Pack. Consisting of the Sk8 Hi and the Era LX, both sneakers feature a mix of oiled premium leather and raw denim on the upper, resulting in timeless looks.

“This set features my two favorite Vans models and is inspired by childhood heroes and popular culture – cowboys, the Wild West and the independent spirit associated with those figures. The oiled leather and heel cap represent my first pair of boots, as well as the saddle and reins on a horse. The red Vans Vault logo on the back is a tribute to both the Nice Kicks logo and the Texas flag. The raw denim and antique brass further underscore the Western influence of the collaboration.”

The Nice Kicks x Vans Vault “The Duel” Era LX and Sk8-Hi sneakers will release exclusively at the Nice Kicks Shop in Austin, TX on Friday, September 14th at midnight for a price of $110 and $125, respectively. An online release at ShopNiceKicks.com will follow the next day at Noon CST.”
via MN 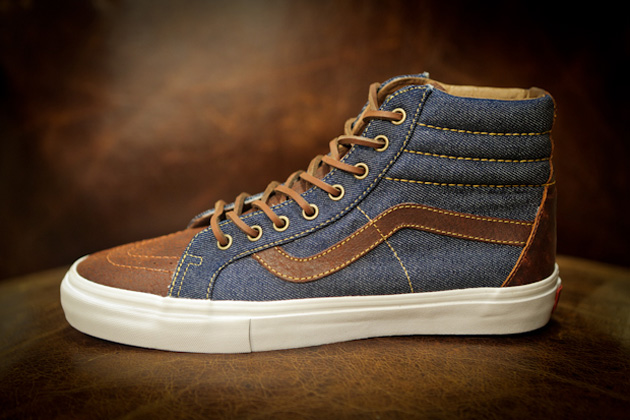 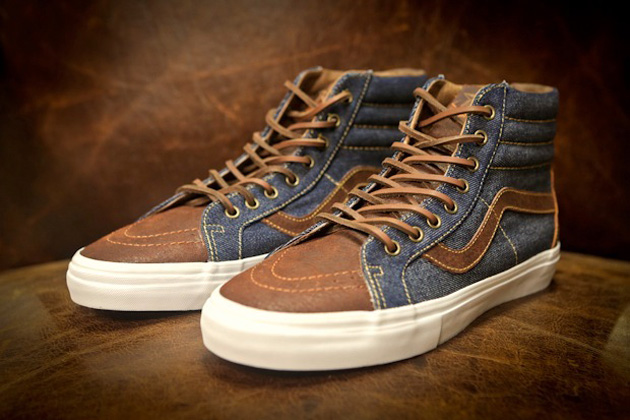 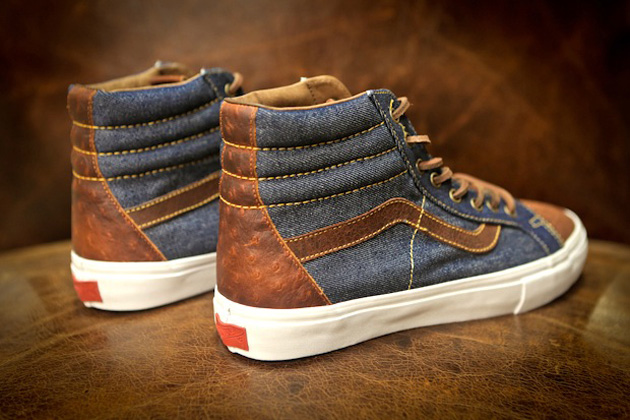 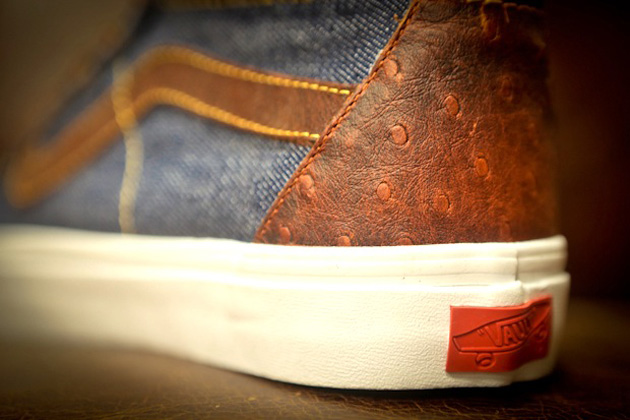 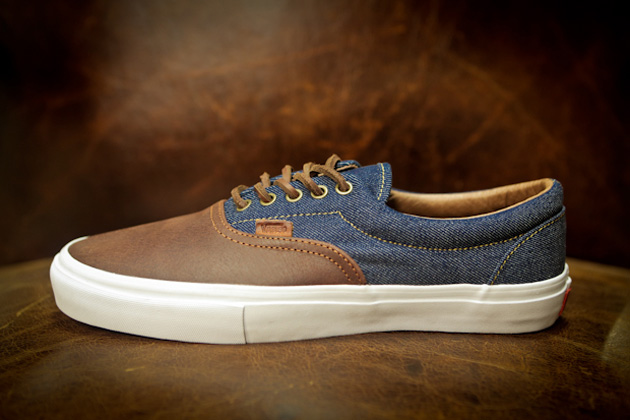