After months of rampant rumors and hype, Apple debuted its latest smartphone Wednesday in front of a packed house at the Yerba Buena Center for the Arts, claiming it is the world’s thinnest.

The iPhone 5 features a larger screen and weighs 112 grams, or about 4 ounces, which is 20% lighter than the iPhone 4S. It is also 18% thinner, Apple’s marketing chief Phil Schiller said. It has an improved A6 processor that is twice as fast as its predecessor, high-speed 4G LTE connectivity and a widescreen aspect ratio.

Apple has also improved the device’s battery life and updated both of its cameras, giving its front camera 720p HD video. The company also announced a smaller dock connector for the device and a new cable charger named Lightning that is 80% smaller than its predecessor.

Siri got a makeover as well, and can now tell users the scores of sports games and post status updates to Facebook.

The iPhone 5’s dock connector has also been made smaller.

The company said iOS 6 will arrive as an update for many of its iOS devices Sept. 19. 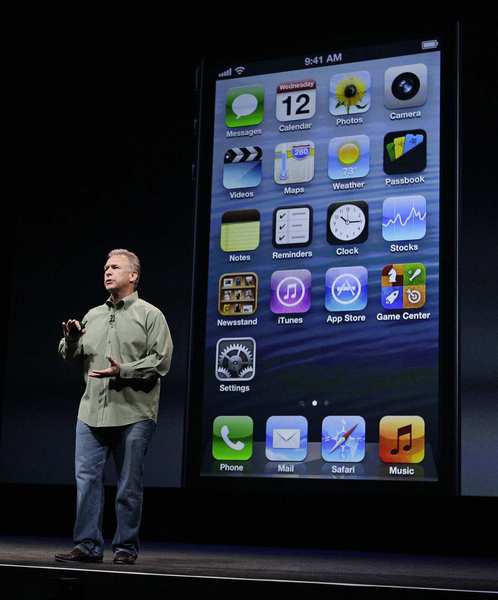 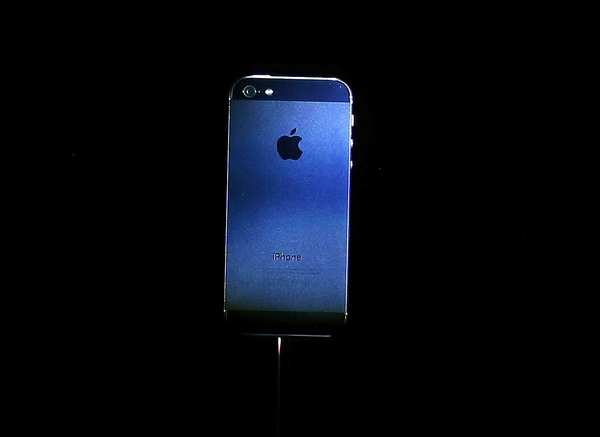