The Nike Air “Dawn to Dusk” Pack will dropped yesterday exclusively at House of Hoops by Foot Locker. The Dawn to Dusk Pack pays tribute to ballers everywhere who play all day, every day, and into the night. The Pack consists of the Air Force 180 “Dawn” and the Air More Uptempo “Dusk.” Both of the shoe’s colorways are brand new. The Dawn Air Force 180 is a predominantly grey shoe with volt and light blue accents representing the beginning of the day. A triangle pattern on the midsole with a partially icy blue outsole round out an upper full of different materials including vinyl and mesh. The Air More Uptempo “Dusk,” which was last released in a black and volt, features a night blue to orange chalk fade on the upper with black “AIR” lettering outlined in yellow on the side. White speckles throughout the upper represent stars. From the famous saying “Rise and Shine,” the insole of the “Dawn” reads Rise while the “Dusk” has Shine.
via FTB 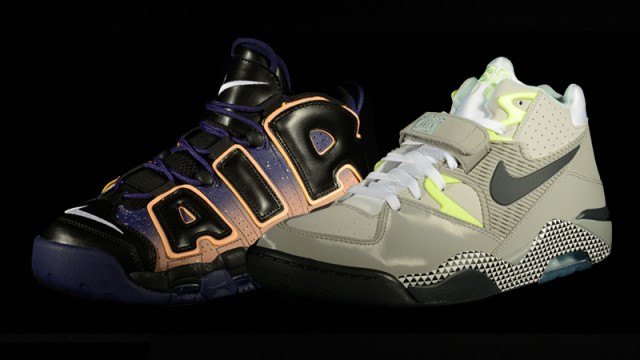 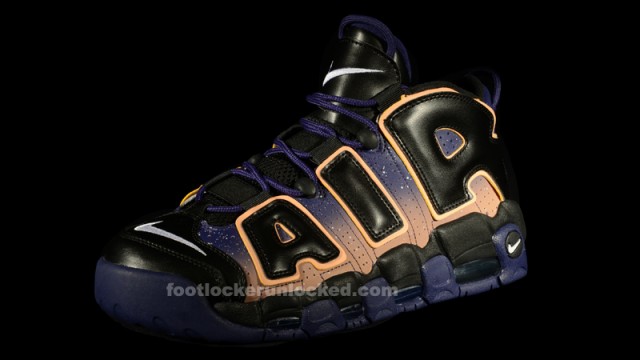 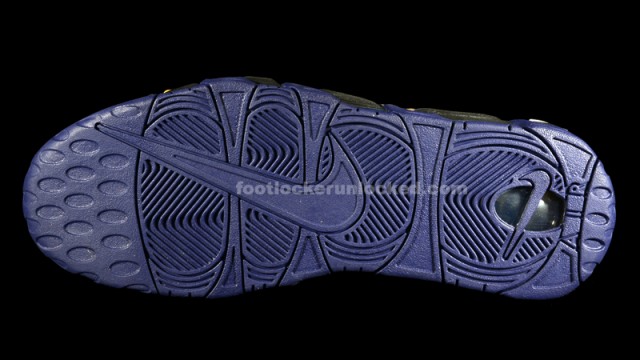 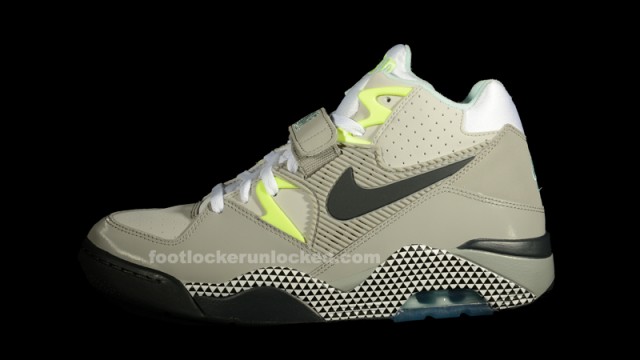 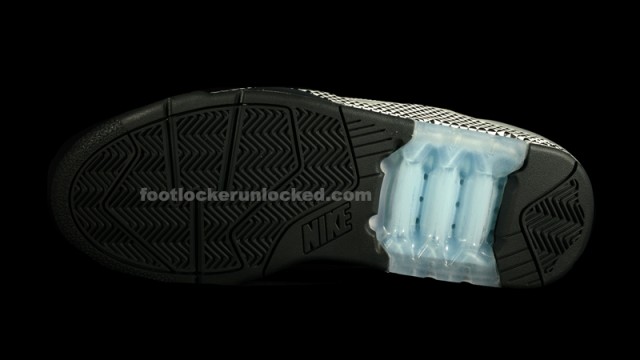