Most Influential People Who NEVER Lived

There are some people who inspire us, entertain us, and change our world. Meet the  icons who had the most influenced but never lived… 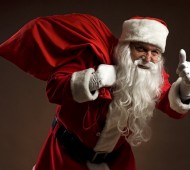 “Santa”, is a figure with legendary, mythical, historical and folkloric origins who, in many western cultures. According to a tradition which can be traced to the 1820s, Santa Claus has been believed to make a list of children throughout the world, categorizing them according to their behavior (“naughty” or “nice”) and to deliver presents to all of the well-behaved children in the world, and sometimes coal to the naughty children the night of Christmas Eve. 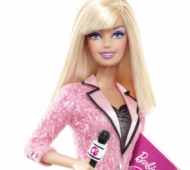 Barbie’s popularity ensures that her effect on the play of children attracts a high degree of scrutiny. The criticisms leveled at her are often based on the assumption that children consider Barbie a role model and will attempt to emulate her.

One of the most common criticisms of Barbie is that she promotes an unrealistic idea of body image for a young woman, leading to a risk that girls who attempt to emulate her will become anorexic. 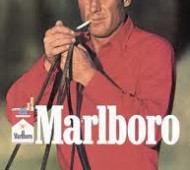 The Marlboro advertising campaign, created by Leo Burnett Worldwide, is said to be one of the most brilliant advertisement .The use of the Marlboro Man campaign had very significant and immediate effects on sales. In 1955 when the Marlboro Man campaign was started, sales were at $5 billion. By 1957, sales were at $20 billion, representing a 300% increase within two years. Three men who appeared in these advertisements died of lung cancer, thus earning Marlboro cigarettes, specifically Marlboro Reds, the nickname “Cowboy killers”. 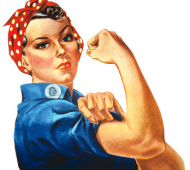 Rosie the Riveter is a cultural icon of the United States, representing the American women who worked in factories during World War II, many of whom produced munitions and war supplies. These women sometimes took entirely new jobs replacing the male workers who were in the military. Rosie the Riveter is commonly used as a symbol of feminism and women’s economic power.

The post Most Influential People Who NEVER Lived appeared first on 8&9 Clothing Co..