Kris Roe Blows Up On Drummer During Set 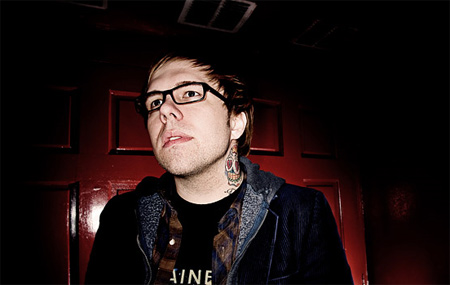 Frontman Kris Roe of the veteran pop-punk band, The Ataris, had an unexpected outburst last night at their show in Asbury Park during their classic hit “Your Boyfriend Sucks”. During the bridge of the song, Kris Roe turns to his drummer and begins to trash his drumset with his guitar and then continues to pick up the peices of the set and throw them off the stage. Roe then goes back to the crowd and says  “Our drummer’s f*cking failing it tonight, I don’t know what the f*cking problem is but I’m gonna finish the set by myself” and then calls the performance “f*cking embarrassing” stating that there’s “only so much someone can take”. Roe straps his guitar back on, approaches the microphone and finishes the set on his own.

According to Punknews.org, the band’s drummer has quit the band (duh) and Row will be playing the upcoming show in Providence, RI, solo.

The Ataris have been one of my favorite bands since 2002. They were one of the reasons I attended my first Warped Tour and they were the first band I ever crowd surfed during their set. Although the only original member of the band is Kris Roe, it bums me out seeing something like this. As “punk rock” as this may be, I feel it’s also very unprofessional.

The post Kris Roe Blows Up On Drummer During Set appeared first on 8&9 Clothing Co..