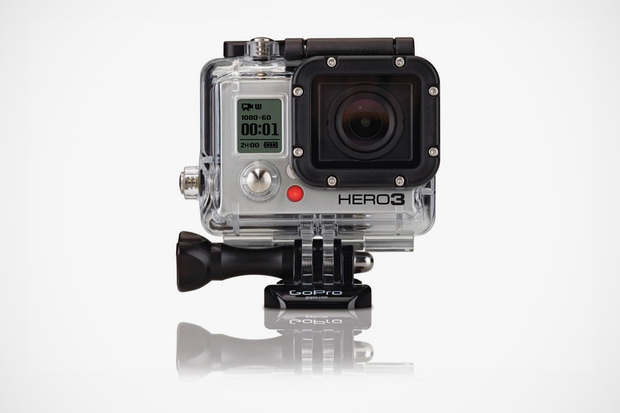 For all of you filmers out there, Go Pro releases a brand new item for you all who film action and a lot of movement. Check out the details and the video after the jump.

GoPro has just released its brand new GoPro HERO 3: Black Edition camera system, the most advanced GoPro yet. 30 percent smaller, 25 percent lighter and two times more powerful than previous models, this nifty little camera is built to follow you wherever your journey may take you. Wearable and gear-mountable, the new camera is waterproof down to 197 feet and built to withstand all the knocks and tumbles of an active life. Capable of capturing video at two times the resolution and two times the frame rate of previous models, the HERO 3 Black Edition features a 12 megapixel sensor capable of capturing 30 photos per second. Other features include built in Wi-Fi and redesigned audio system for improved audio capture. The Black Edition kit includes a waterproof housing unit, Wi-Fi remote, remote charging cable and multiple attachment options. Available now from GoPro’s online store.