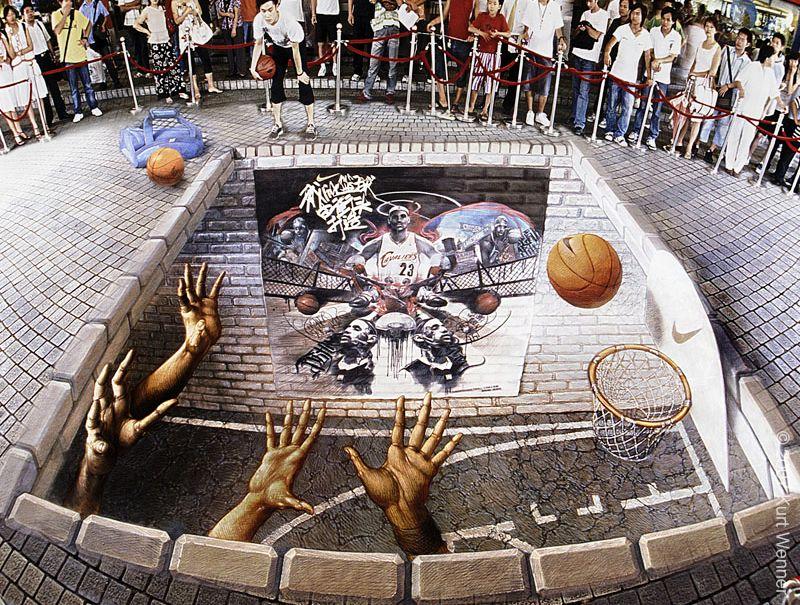 3D street art — alternatively known as pavement, chalk or sidewalk art — is a form of anamorphic art pioneered by American Kurt Wenner. Sprawling over sidewalks, walls, and public spaces, artists use chalk or pastels to render pictures that use mathematical continuation of perspective to give the illusion of three-dimensionality. Though the medium is widely regarded as a modern art, street art traces its origins back to the Renaissance.