“You can make the upper out of Hyperfuse, swap out the sole that’s the very essence of its being and even change the name so that it has no resemblance to the president’s airplane, but white-on-white Uptowns are still a ‘chief’ in command of the sneaker game. The Nike Lunar Force 1 is done right in all-white for the tail end of the XXX Anniversary celebration, this next generation style a little less ‘raw’ than its immortal forebear. These have all the style of the 30 year veteran with today’s cutting edge technology and can’t be too far off given the dubrae evidence. They are set to release 12/12/12. ”
Nike Lunar Force 1 “White on White” via SN 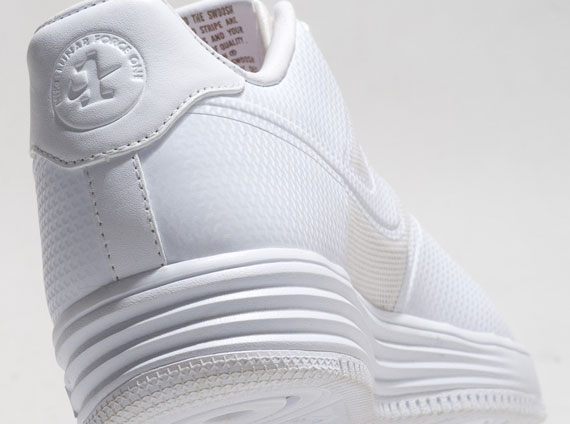 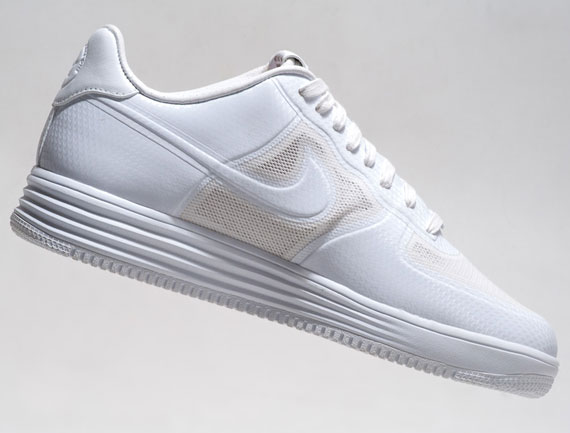 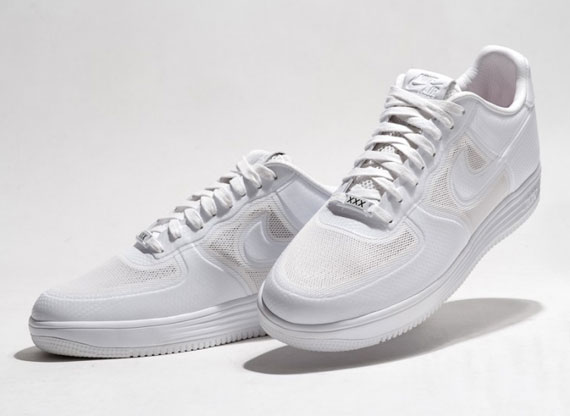 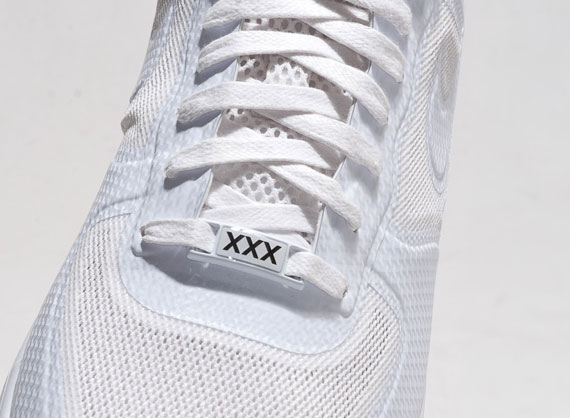