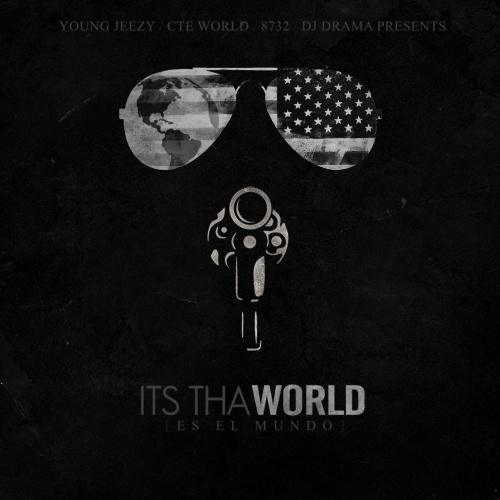 The Snowman plans to drop his fifth proper album next year, but by the looks of the tracklist (see below), there are plenty of joints here to hold you down until then. Earlier today Jeezy dropped the DJ Mustard produced “R.I.P.,” featuring 2 Chainz. The rest of the mixtape features production from Lodi, Mike Will Made it, Warren G, Jahlil Beats and more. The featured guestlist is also stocked with names like E-40 (“All The Same”), Birdman (“Too Many Comas”) and Trey Songz (“Tonight”).

Of course, Freddie Gibbs is nowhere to be found since he is no longer part of the CTE fold.

Download the It’s Tha World (Es El Mundo) mixtape below. Intro video for “El Jefe” (“The Boss” in Spanish) on the next page.