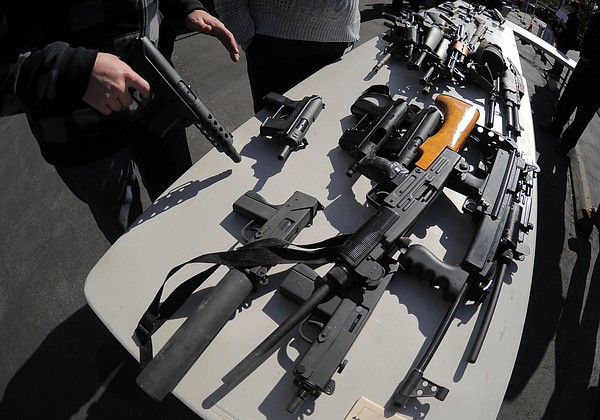 Less than an hour into the LAPD’s gun buyback, 185 weapons had already been turned in. The event, which took place yesterday in Van Nuys, CA, began at 9 a.m. with cars lined up in the parking lot of the Van Nuys Masonic Center. By the end of the day, over 200 weapons were handed over to police.

The buyback saw handguns, shotguns and rifles traded for cash or Ralph’s gift cards. The event, which usually takes place each May, was moved to the day after Christmas by Mayor Antonio Villaraigosa in the wake of the Sandy Hook shooting.

[via The Daily Beast]