The Air Jordan Spizike decided to go full on volt for its BHM version. The pair features the popular neon colorway throughout the majority of the upper, with electric blue serving as the accent color. Highlights include a speckled mudguard, volt cement print, and a navy blue translucent sole. The insole also sports a graphic of MJ and Spike Lee propping up JB’s marquee athlete Carmelo Anthony.via MN 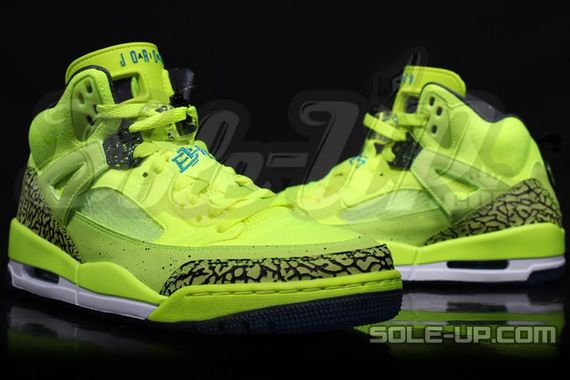 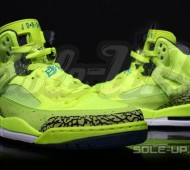 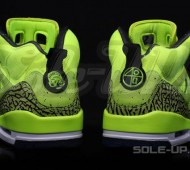 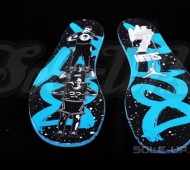