“Scotland based Hanon has a deep catalogue of collaborations and their latest addition to the rotation is the adidas Consortium CNTR. The shop is based out of Aberdeen which is affectionately referred to as the Granite City thanks to local quarries that collected the material. This version pays homage to the blue collar town with a grey, black and red combo that is clean but workmanlike in it’s appearance. Premium mesh and suede are used on the runner and highlights include the cement printed 3 stripes, dotted flat laces, 3m material, and a quad-colored sole that features swathes of red,grey,black, and white. The version will hit adidas retailers in a release window that goes from January 26th to February 2nd.” via MN 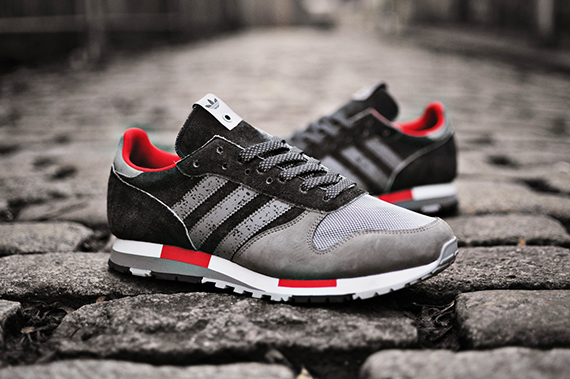 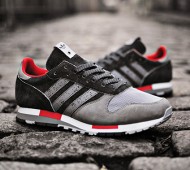 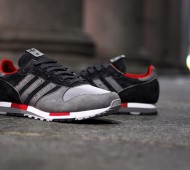 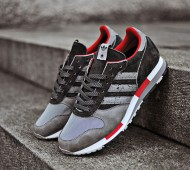 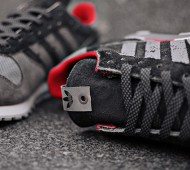 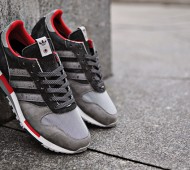 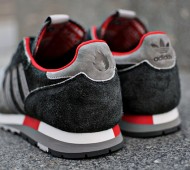