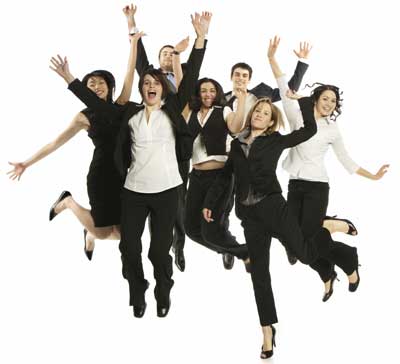 If you have a stressful job, sometimes even a high paycheck isn’t enough enticement to make you stay. But, half-day Fridays, on-site gym facilities, and on-site massages could make a huge difference.

According to a new CareerBuilder.com study, 25 percent of employees say they will change jobs this year or in 2014. In an effort to prevent employee turnover, many businesses are now luring new hires with job perks like flexible schedules, employee incentive programs (cash prizes, awards, company trips) and access to health and wellness options.

The survey targeted 3,900 full-time employees across the nation and asked which work perks would keep them happy at their job long-term. Pay, making a difference, and on-site luxuries like massages, nap rooms, and snack carts all made the list.

Pay Versus Title
Getting a job promotion is nice. Getting a bump up in salary is nicer, so says 88 percent of workers who feel what they make is more important than their job title. And, 55 percent say having a certain title doesn’t matter much to them at all.

Other factors that outranked a fancy job title included:

When asked what sort of luxuries their company could offer to keep them happy besides pay, half-day Fridays were unanimously voted as the top contender. Other high-ranking answers included office casual wear, daily catered lunches, and an on-site fitness facility or group classes.