“The 2006 release of the “Olive” Air Jordan V was incredibly popular for its resemblance to the coveted and unreleased UNDFTD x Air Jordan IV. Using that Retro release as the base, Mache Customs emphatically alters the appearance of the shoe with a few minor changes – namely the blacked-out midsole and upper lace eyelets as well as the darkened tongue.” via SN 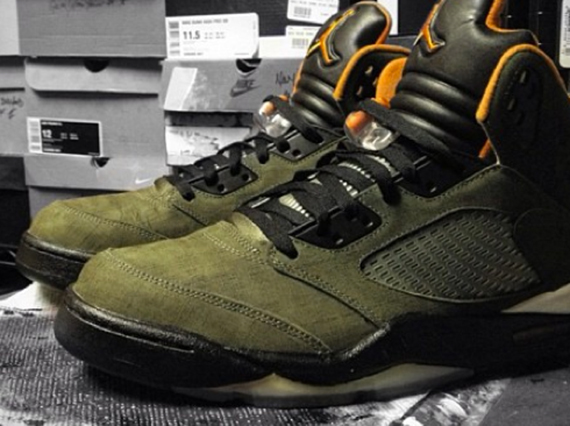 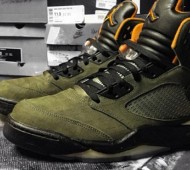 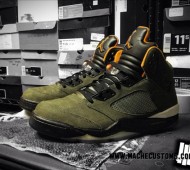