Tomorrow’s only a day away, but whether we love it or not will depend on each individual sneakerhead’s ability to get their hands on something for which we’ve been waiting for ages.  The Air Jordan III ’88 Retro releases tomorrow, February 6th at select Jordan Brand retailers including NikeStore’s Twitter-only engagement in the afternoon hours.  The return of ‘NIKE AIR’ branding ensures this is one of the most coveted releases in recent memory and an early contender for 2013 sneaker of the year, so have a closer look below and get your cold weather camping gear ready.

Am I the only one that notices the $200 price tag on these Air jordan retro 3’s? Really? I’m not saying they aren’t worth it, but you can expect big price increases in the years to come. 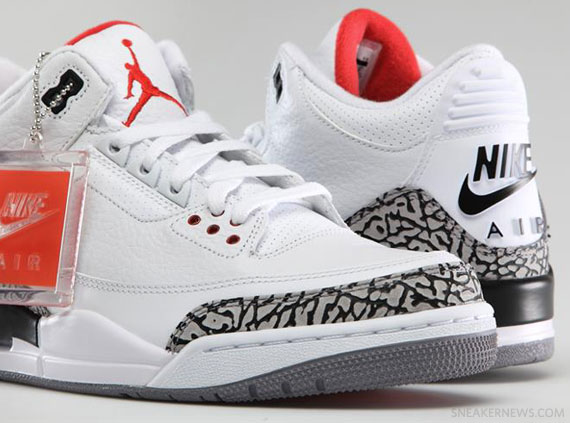 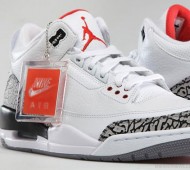 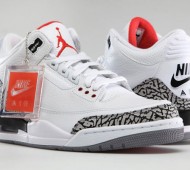 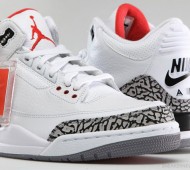