Raekwon At The Stage March 9th 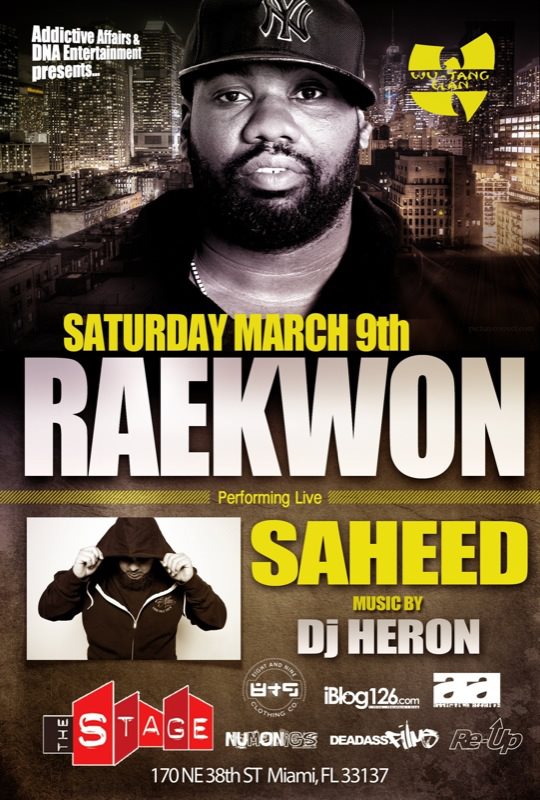 Raekwon comes through for a show in Miami and brings along local emcee Saheed by his side. This show goes down on the anniversary of the death of The Notorious B.I.G. Info below… Addictive Affairs & DNA Entertainment presents: RaeKwon The Chef from Wu Tang live at The Stage Miami On March 9th 2013 celebrating the life of Bigge Smalls Also Performing: Saheed Music By: Dj Heron Pre tickets $22 at raekwonthestagemar9.bpt.me $35 at the door 21+ Drink Specials All Night!

The post Raekwon At The Stage March 9th appeared first on 8&9 Clothing Co..