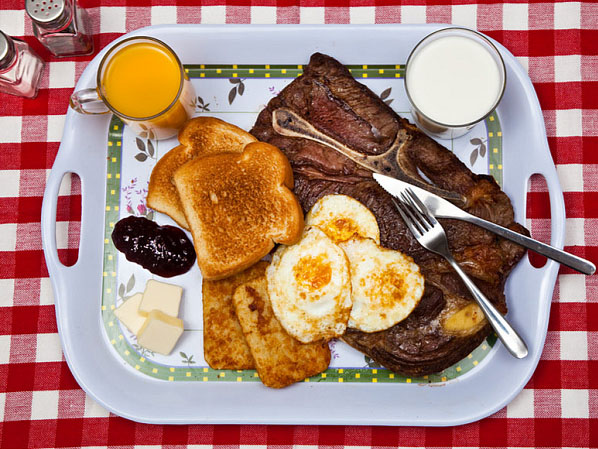 Last month, Texas decided to do away with its long tradition of allowing death row inmates to request a final last meal.That’s too bad.While it’s common for condemned prisoners not to be served what they ask for — due to budget or other culinary restrictions — there are still many outlandish requests.From buckets of fried chicken to pints of chocolate chip ice cream, here’s what a few of the nation’s infamous criminals asked to chow down on before they were sent to the death chamber. Timothy McVeigh was put to death by lethal injection in Indiana on June 11, 2001, for the 1995 Oklahoma City bombing that killed 168 people and injured hundreds more.

The mass murderer requested two pints of Ben & Jerry’s mint chocolate chip ice cream for his final meal, which he ate in a windowless 9-by-14-foot holding cell the night before he was executed. Convicted for the murder of Dr. Edward Bartles, Victor Feguer was executed by hanging on March 15, 1963, in Iowa.

Feguer chose a single olive with a pit for his last meal, reportedly saying he hoped the tree that symbolizes peace would sprout from his grave. The olive pit was found in his suit pocket when he was buried. Serial killer and prostitute Aileen Carol Wuornos was executed by lethal injection on October 9, 2002, for the murder of seven men in Florida.

Wuornos declined a special last meal and was instead served a cup of coffee. Before his execution by lethal injection on May 10, 1994, in Illinois, John Wayne Gacy, also known as the “Killer Clown,” wanted a dozen deep-fried shrimp, a bucket of original recipe chicken from KFC, French fries, and a pound of strawberries. Ted Bundy was executed by electric chair on January 24, 1989, after confessing to the murder of 30 women.

The infamous serial killer declined a last meal, so he was offered a traditional plate of steak, eggs, hash browns, and coffee instead — none of which he ate.

Velma Barfield: Cheez Doodles and a can of Coca-Cola Velma Barfield, later dubbed the “Death Row Granny,” was the first woman to be executed by lethal injection in 1984 since the reinstatement of capital punishment seven years prior.

Barfied asked for a bag of Cheez Doodles and a can of Coca-Cola in place of a formal last meal.

James Edwards Smith: yogurt after being denied a lump of dirt James Edwards Smith, who was executed in Texas in June 1990, takes the prize for one of the strangest last meal requests: a lump of dirt.

Since dirt was not on the institution’s list of approved foods, prison officials denied the request and Smith was given yogurt instead. On September 23, 2010, Teresa Lewis became the first woman to be executed by lethal injection in Virgina in almost a century, after pleading guilty to conspiring in the murders of her stepson and husband.

Philip Workman: denied a final meal but asked that vegetable pizza be donated to the homeless Philip Workman was put to death in May 2009 in Nashville for the murder of a police officer.

In place of his final meal, Workman asked that a vegetarian pizza be donated to homeless people in the area. While prison officials refused to grant the criminal’s wish, surrounding homeless shelters were inundated with pizzas in honor of Workman’s request on the day of his execution. Thanks to Lawrence Russell Brower’s over-the-top last meal request before he was executed this past September, Texas inmates lost the privilege to choose their own final supper.

What did the elaborate meal request consist of?

Brewer reportedly didn’t eat anything from this list, claiming he wasn’t hungry.

The post What Notorious Criminals Ate Before They Were Executed appeared first on 8&9 Clothing Co..