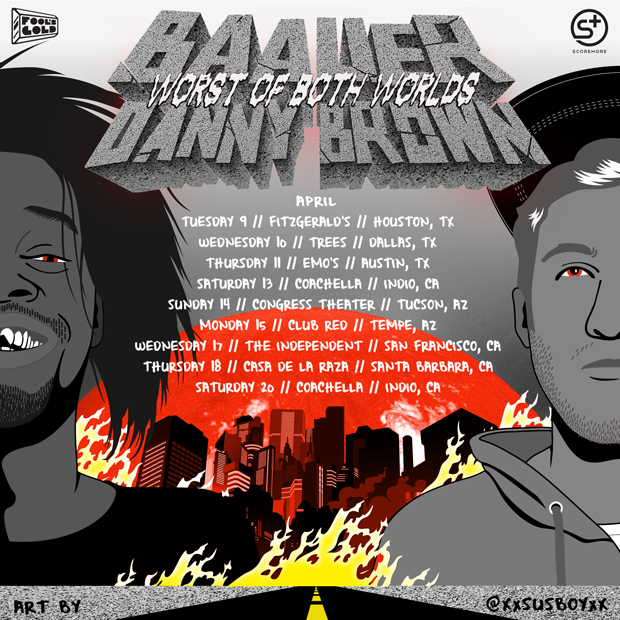 You may already be sick of Baauer‘s “Harlem Shake” meme madness, especially after the Miami Heat did their own rendition. If you’re not, and/or you live in Texas, Arizona, or California, get excited: the Fool’s Gold/Mad Decent-repped DJ is teaming up with Bruiser Brigade rapper Danny Brown for a nine-stop tour in April.

Their awesomely named Worst of Both Worlds Tour will cruise through America’s Sun Belt and hit both weekends of Coachella.

Worst of Both Worlds Tour:

via. The Crosby Press