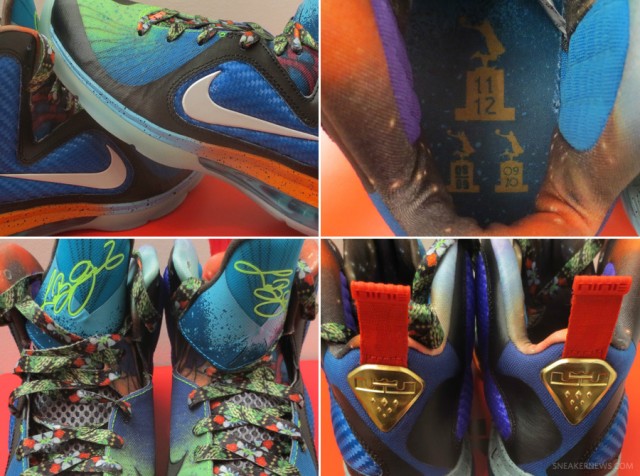 With a shoe as wildly constructed like the What The LeBrons, it’s all in the details. We’re not talking about the Galaxy lining or the Watch The Throne laces, but some of the lesser known features of the shoe that we can’t help but point out. For one, the inner production tag on the shoes mark these as a Holiday 2011 sample, which is when the LeBron 9 first launched. However, the insoles feature the MVP Trophy logos, detailing LeBron’s three awards in 2009, 2010, and 2012. How does that timing work out? Or did Nike boldly predict that LeBron would bounce back and win the MVP again? In any case, these incredible shoes will have you muttering “What The…” to yourself, and since a release is pretty much an impossibility at this point, check out this listing for a rare size 7.5 from ronimo1989 on eBay.

The post Nike LeBron 9 “What The LeBron” on eBay appeared first on 8&9 Clothing Co..