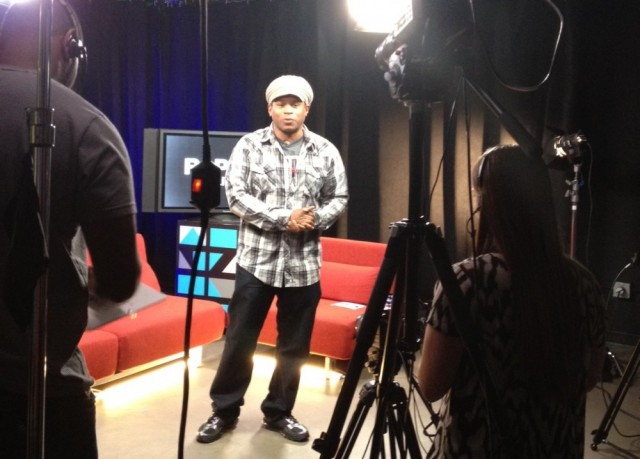 Kanye West gave his first interview in years yesterday and told DJ Enuff that he gave Sway his first TV. Well during today ‘s Rap Fix broadcast, Sway introduced the world to Yeezy’s old 36″ Sharp television. Off camera, Sway said that he saved the clunker to remind Kanye how far he’d come. One man’s trash is another man’s come up.Later that evening, he hit up Streetsweeper Radio to elaborate on the situation.