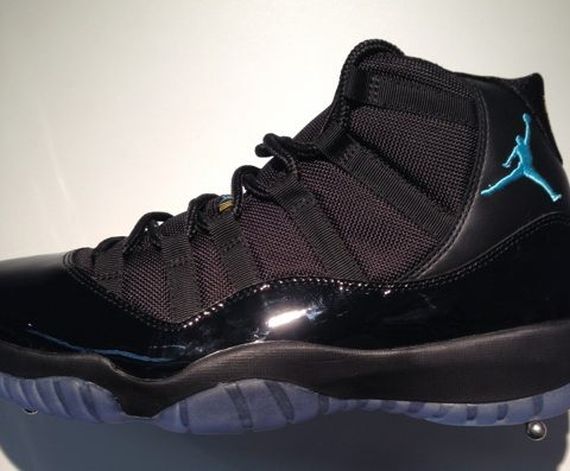 Heres a glimpse at one of next years release for the holidays the hype on these is definitely going to be crazy being that they look similar to the sample blackout jordan XIs. The shoe features a blue Jump-man on the heal,black sole with of course an icy bottom also blue and maize stitching is used to accent these all black XIs. From what I’ve read they’ve labeled these a possible Laney tribute looks a little more like a Player-exclusive you would have probably seen Carmelo Anthony wear when playing for the Denver Nuggets. For more on these XIs and they’re release date stay tuned.