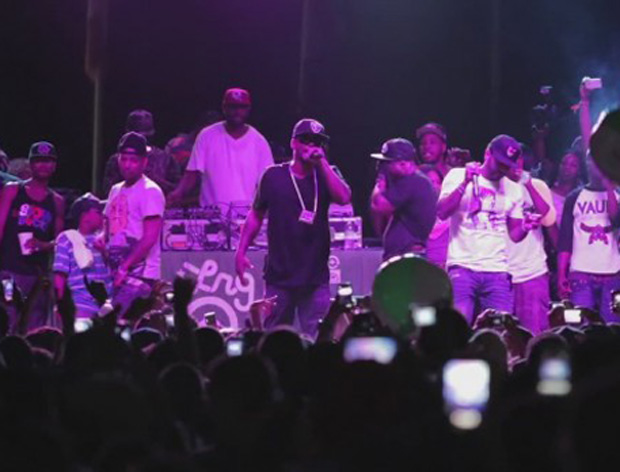 Dipset hit the stage in full effect for they’re 10th Anniversary concert. Celebrating the tenth anniversary of they’re Diplomatic Immunity album. Camron,Jim Jones,Freekey Zeekey and Juelz Santana were all in attendance at Nys BB King. Also joining them was Waka Flocka and Lloyd Banks performing of few of there own hits. Check out Dipset hit the stage after the jump hopefully this sparks a Dipset tour, but i wouldn’t get my hopes up.