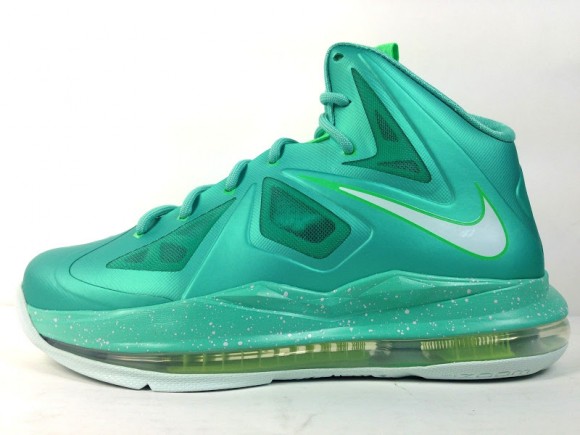 Nike has confirmed that they are releasing a (grade school) Nike Lebron 10 for Easter.Unlike its Low top counterpart the shoe feature lime geen accents that really set the shoes off. Its a shame that these will only be released in (grade school) sizes. They actually look better than the low top Nike Lebron 10‘s releasing as part of the easter pack along with the Kobe and the KD5s.The shoe features a clear bottom with lime green accents inside of the air bubble. With a grey blue tones outsole and the same grey blue toned color on the branding for the inner side of the sneaker. A speckled sole really adds a nice touch to add to the Nike Lebron 10 .Almost half way through the year and Lebron has taken no brakes when it comes to releasing a wide array of color schemes that really complement the Nike Lebron 10 silhouette.

Over the past couple of years Lebron’s have really taken the sneaker game by storm and this sneaker is a good example of why Lebron James sneakers seem to be so sought after. This year Nike has really showed out with they’re easter pack, considering last year the whole pack was really toned down. The 2012 Easter pack featured a pair of Nike Lebron 10’s,Kd4s and Kobe 7s which all featured a light mint color and contrasted with black,grey and white.The shoes still sold out but for an Eater release they were a little colorless.This year they gave each shoe its own life the color scheme from last year was a little uniformed ,this time around each silhouette had its own personality.The Nike Lebron 10s featured in this years pack are the first low top Lebron 10s released,and i have a good felling they wont be the last.Even though most people prefer the hight top Nike Lebron 10s its nice to see how a shoe can transform into another great sneaker. Stay tuned on these and more from Nike and Lebron 10s. 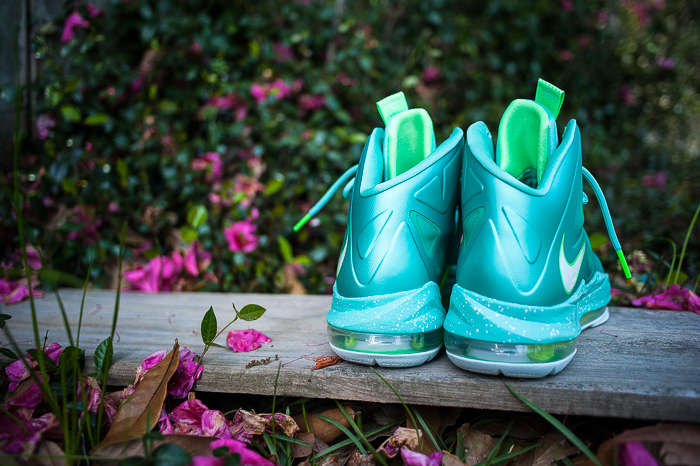