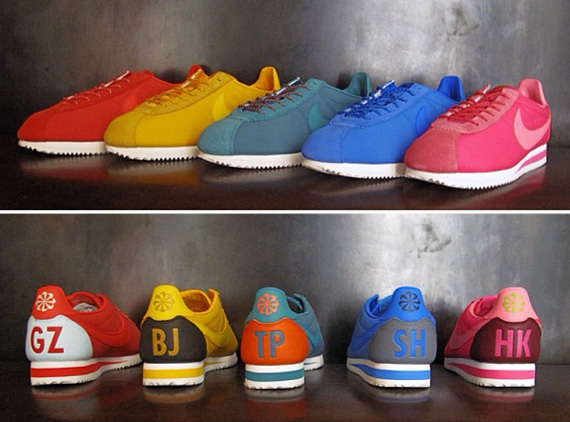 Last week we gave you a look at the Nike Cortez “Asia City Pack” which is a quick strike release. The sneakers pay homage to some of the best cities in China. The nike Cortez is a classic running silhouette that is well respected and these will be no exception. Five different color schemes were used to represent five cities in China Beijing, Shanghai, Guangzhou, Hong Kong and Taipei. Each sneaker sports the cities abbreviation on the heal thats contrasted by a darker or lighter color than the upper. The sneakers released as a quick strike so don’t expect to find them just anywhere. With so many shoes coming out now a days for the sake of just coming out its good to see a collection with a little more meaning behind it. For some people the game has gotten saturated and repetitive. Its releases like these that keep them loving the game and making it impossible to leave. So keep your eyes peeled for these not like there hard to miss and stay tuned for more news,music and updates here at 8and9.com.