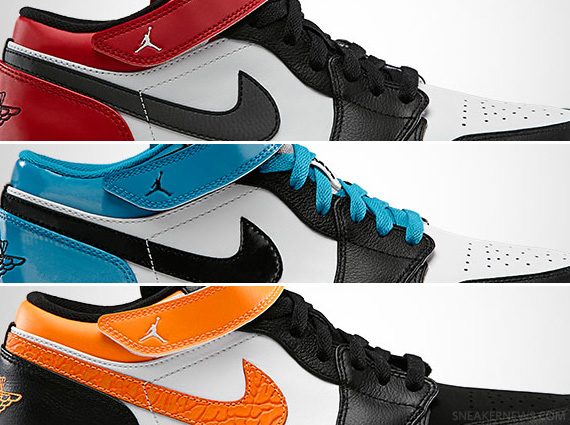 Air Jordan 1 strap lows are making there way on to shelve next month. All three pairs are low-top and feature a strap bearing a jump-man on tip of the strap.The most Iconic of the collection is the white,red and black 1 strap low which is a low top version of the Black toe Air Jordan 1. 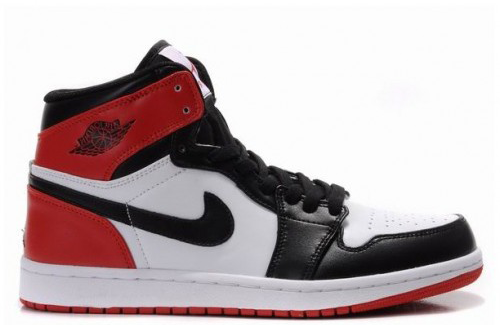 The infamously known Black toe Air Jordan 1’s was last seen as one half of the old love new love pack. The pack included a pair of black and yellow Air Jordan 1’s known as the new love 1’s. The second pair releasing in may is a similar to the first in the over all layout out of the shoe except these feature a turquoise color where the first pair sports gym red. Jordan brand is calling the color featured on these Neo turquoise. On these Jordan used patent leather instead of the regular leather they used for the Air Jordan 1 strap low Black toe’s, but at the same time keeping the black toe on these regular leather only making the turquoises on the shoe patent leather. The final color way was a mostly black Air Jordan 1 strap low featuring citrus and white. The most eye catching thing on the shoe is the elephant print engraved into a citrus nubuck. The sneaker also has accents of white in the out-sole and the side panel behind the check. These might not have people waiting in line for a a couple days to get they’re hands on but are still great sneakers. Jordan brand has made more variations and color schemes in the Air Jordan 1’s than any other Jordan. At one point there was only a few but after they’re return in the Old Love New Love pack they were  released non stopped since than and are still being made in all sorts of colors and variations perfect example of this is the Air Jordan 1 strap low. 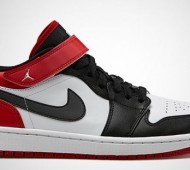 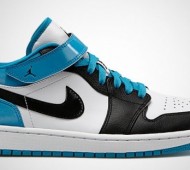 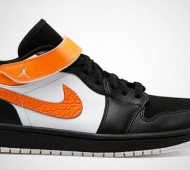