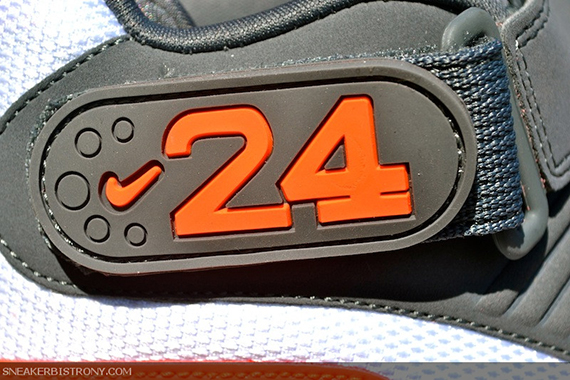 April is a big month for sneakers with so many sneakers dropping this month its going to be a head ache trying to figure out what to buy. And this will make it even harder to make a decision,Nike is dropping another pair of the Air Griffey Max 1’s this month. The sneakers features a gray tongue, straps and grey along the accents of  area surrounding the laces. The upper contains a combination of orange leather and white mesh that work well together. The blue accents on the white sole and out-sole make these look like some type of New York tribute. The Air Griffey Max 1’s were re-introduced in recent years and where on a bit of a hiatus but, it looks like they’ll be around for 2013 or maybe just the summer season. No matter how long they’re back for I’m sure everyone can agree they’re glad Nike has brought them back. Check out a few detailed looks after the jump and be on look out for these Griffey 1’s. 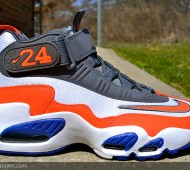 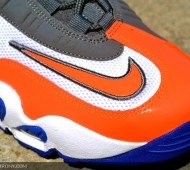 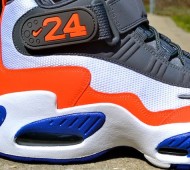