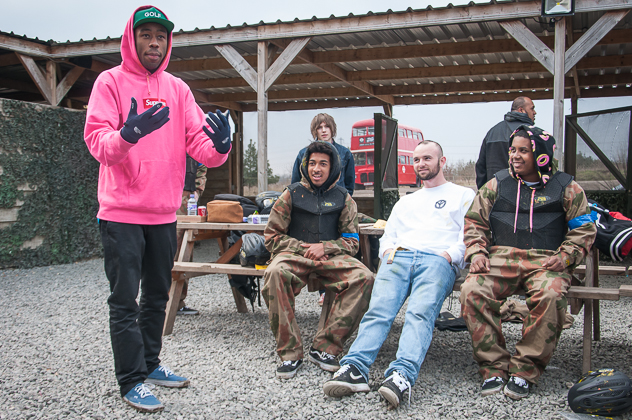 This is the second video we’ve seen this week that features celebrities paint-balling maybe its a new trend ? Earlier this week we saw Drake and Kevin Hart in canada joined by they’re friends for a paintball match. Today we show you a video of Tyler the Creator and Odd Future having a paintball match against fans in the U.K. The video features battle scenes between Odd Future and they’re fans edited to look like a crazy war.Tyler talks the cold weather in the U.K. a new found love for the sun and his thoughts on peoples criticism.

The post CHECK-OUT: Odd Future VS. fans in the U.K. appeared first on 8&9 Clothing Co..