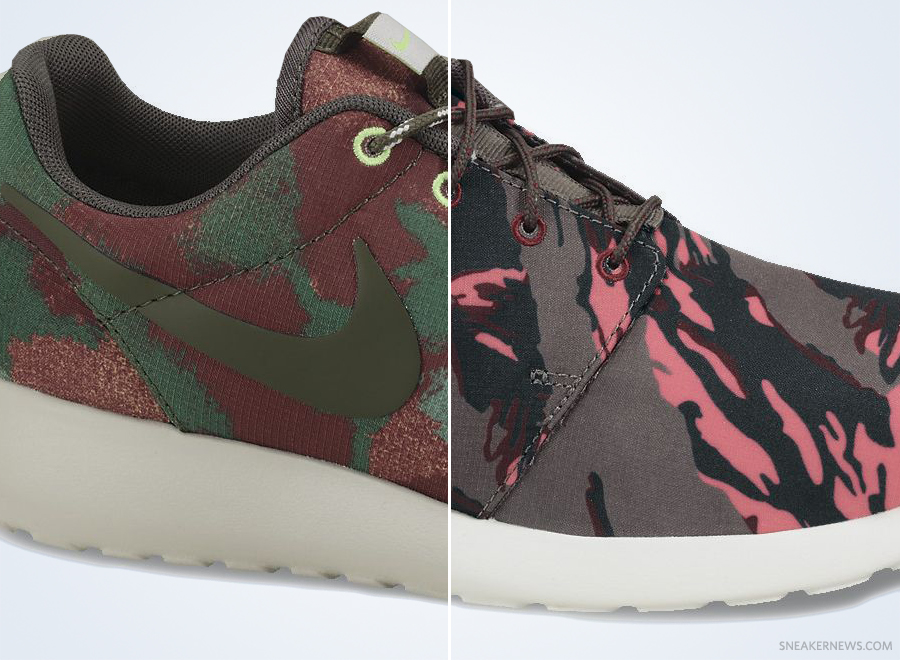 The Nike Roshe Run is a new model that has really been taking the sneaker world by storm. Its a timeless silhouette that Nike has been bringing it out in many different forms and materials. The latest Rosh Run’s are all camouflage inspired a canvas upper was infused with an all over camo print.

The first camo Roshe features a traditional camo color-way ,shades of green and brown make up the color scheme for these all over print Roshe’s.The second color features the same camo print but the color is more of a snow camouflage tones of grey can be seen though out the sneaker in the camo these stand out less then the rest of the collection but are just as dope and the grey tones work well with the Roshe Runs.The third Roshe Run has the same camo as the previous two a blotchy spread out print Nike used different shades of red and burgundy for these that go together nice with the white soles. he last roshe Run of the pack is probably going to be the most sought after being that it was the onlyone that featured a different type of camouflage Nike used  “Tiger Camo” for the last pair and played with the colors a bit more making these stand out more than the previous Roshe’s from the pack. You can see the use of a redish watermelon color,forest green,brown and a light olive make for a really dope color scheme. Be on the look out these will begin to hit retailers this June not sure if Nike will be dropping them one at a time or all at once stay tuned for more info on the Nike Roshe Run’s “Camo”. 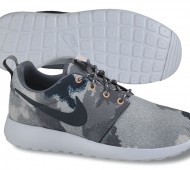 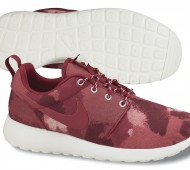 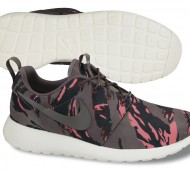