“PAFA, the Pennsylvania Academy of the Fine Arts, in collaboration with Amtrak, has arranged for Philadelphia’s 30th Street Station to be the next location to host KAWS’ popular, 16-foot Companion (Passing Through) sculpture. First seen in Hong Kong, Companion has also traveled to New York, The Aldrich Museum in Ridgefield, CT, The High Museum, Atlanta, and The Modern, Fort Worth.

For those of you that don’t know, KAWS introduced the now famous Companion in 1999 as a seven and three-quarter inch limited edition toy featuring KAWS’s signature inflated skull and crossbones, with a skinny-legged Mickey Mouse body. KAWS chose Mickey Mouse after a search for the most recognizable and international character in the cartoon world to “take down.” Since then, the Companion has grown in scale and now features the iconic figure sitting down and covering its face with white-gloved hands. Living Proof Magazine was on hand to document the festivities, which saw a large crowd gather to see the famed artist speak about the piece.” via HS 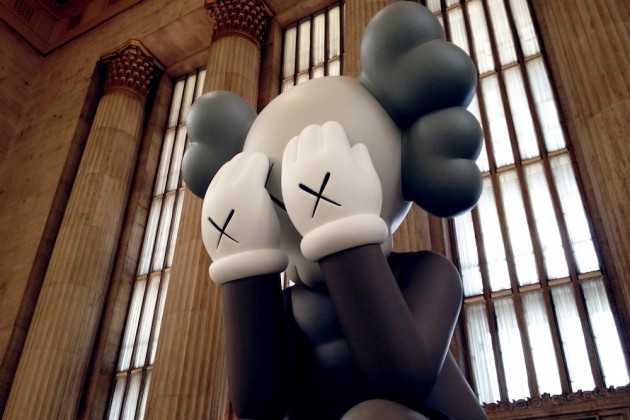 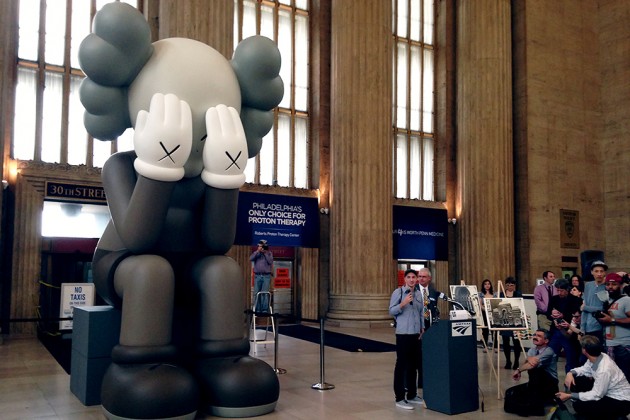 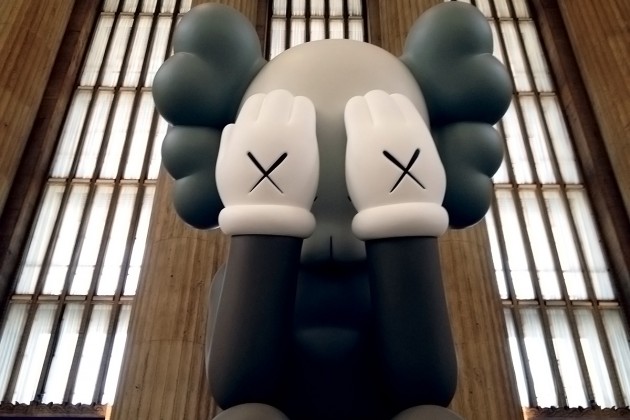