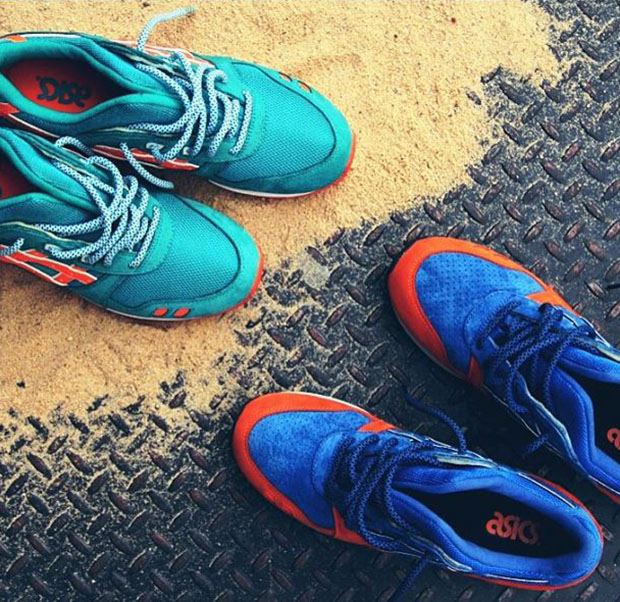 Today we have another Preview of two really anticipated Asic Gel Lyte III’s the teal and orange GT3’S that really resemble the Miami Dolphin colors and an orange and royal blue GT3 that is similar to the NY knicks color-way. No word on what theyre calling them or where the inspiration comes from but, from this recent picture released by Ronnie Fieg you can see sand which makes u think of the beach and the top of a manhole which give you that NY feel of when your walking through the city. Being that these two sneakers embody two of the three city’s that we are based out of for us at 8and9 these will be a little more sought after than some of the other great footwear Asics had to come. Stay tuned for more info on both of these sneakers and their release dates and keep it locked here at 8and9.com