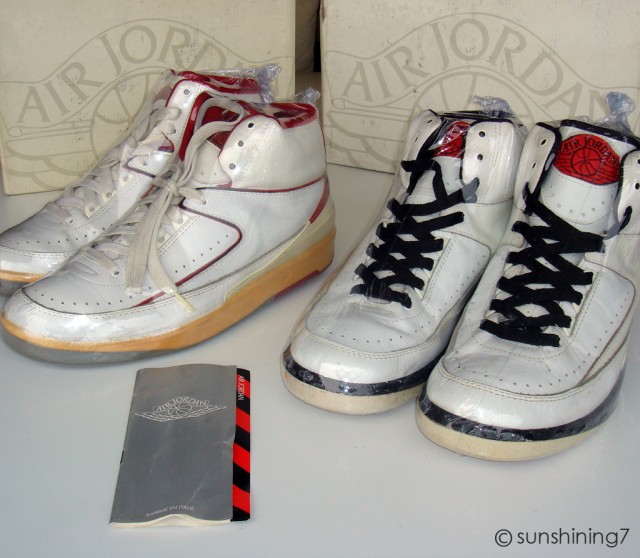 Released in 1986, the Jordan 2 made it a big year for Nike. The Jordan brand had changed the shoe game in 1985 and had ridden a major multiple colorway high with the variations on Jordan 1. Nike was anxious to see if this was a sustainable hype or a passing fad. While the initial craze was intense, a four and a half month injury that benched Jordan, plus black and red knock off kicks being mass-produced, the Jordan 1 had cooled significantly and that made Nike worried. 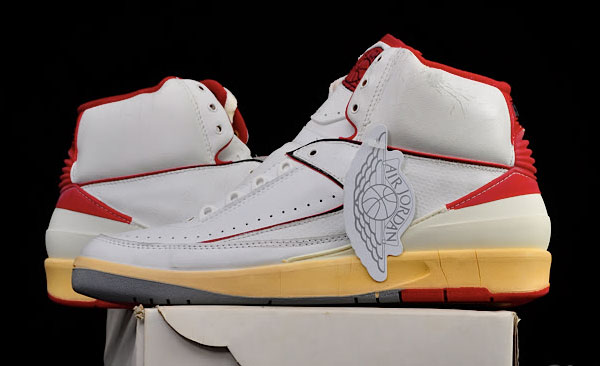 With one of the fewest variations in color for any Jordan, the 2 rocked a red and white colorway sans the Nike swoosh on the side. A second release would incorporate a black midsole, lining and laces. The wings logo was moved to the tongue and minimal Nike branding could be found on the back heel and sole. Originally released as the “New Air Jordan” rather than the Jordan 2, as we now call it, Peter Moore once again lead the design team. At least he started as the lead on it. Bruce Kilgore (of Air Force 1 fame) also designed the Jordan 2, but both men were released from making any further Jordans after this joint. Whether they collaborated on the shoe or Kilgore took over for Moore when he left is still a mystery. As are a number of points about the Jordan 2. Like whether or not it was Moore’s departure from Nike or the look of the Jordan 2 that had Jordan himself ready to bounce from the deal altogether. However, it’s Kilgore that’s generally given the props for turning Jordan into a luxury brand. 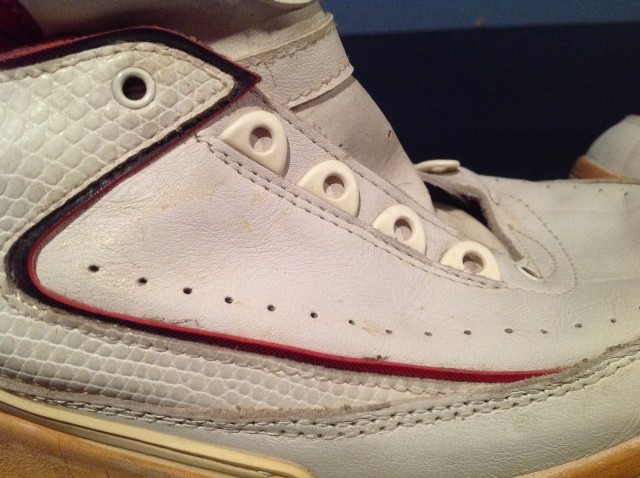 All original Jordan 2 kicks were produced in Italy, featured iguana skin and were inspired by, of all things, a 19th century woman’s leather boot to make it less sporty and more fashionable. Nike hoped this would all add to the luxe aura they were seeking to elevate the Jordan brand. Kevin Brown, spokesperson for Nike in 1986, called it “a shoe that would look great with a tux.” Nike’s angel was to upgrade the market. They broke the $100 ceiling and only sold in 30 stores across 19 metropolitan areas with a limited two month release at first drop. “If you’re the coolest boy on the block and you’re aware that you can buy these shoes anywhere, maybe you decide you don’t want them,” explained Brown. “Then again, if you see Michael Jordan in them, maybe you do.” There was complete transparency in wanting to dictate their market and people ate it up. It sold as well as the Jordan 1 and had a heavy following in the Hip Hop world with Heavy D often spotted in the kicks. 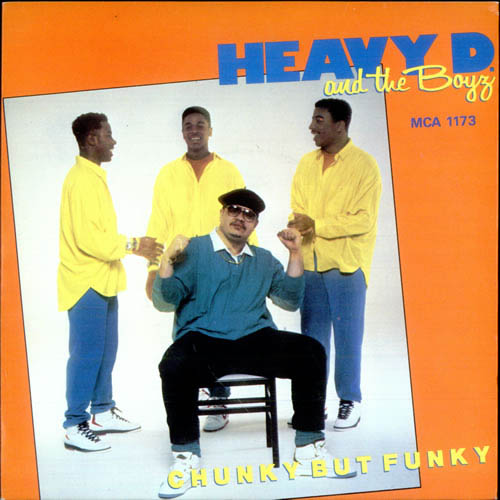 After the original Air Jordan 2 was manufactured, the mold was either destroyed or stolen; Nike has never confirmed. When the retro Jordan 2 came out in the 1994-1995 season, Nike had to reverse engineer the original shoe and again in 2004 with another release. What never was replicated was the Italian box – a heavy selling point for the OG release and what keeps the Jordan 2 from ever being truly retro’d since production moved out of Italy in 1987 and continued manufacturing in various locations around the globe. The OG Jordan 2 is one of the rarest sneakers in history and holds just as much mystery as it does value. 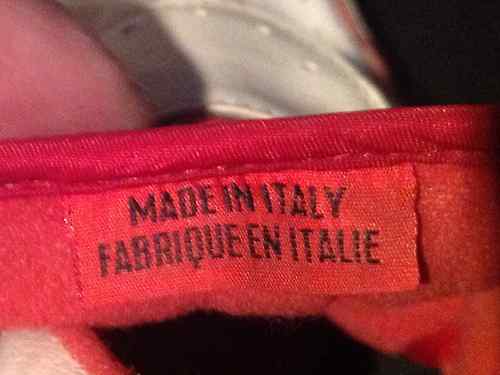