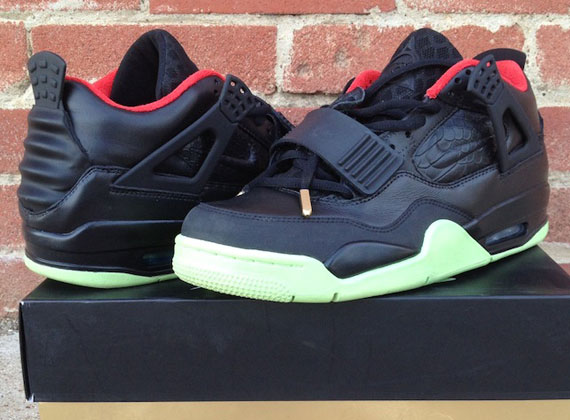 Ammo Skunk and SewnUpSoles teamed up to bring us a Jordan 4 Air Yeezy 2 custom that deserves some attention. AM and SUS transformed the Jordan 4 silhouette using more than just the Yeezy’s colors-way as we have seen on most Air Yeezy inspired customs asof late. The sole was replaced and given a glow in the dark transformation. A strap was added to the Jordan 4 further giving it that Air Yeezy look, the tongue was changed and instead of a Air Jordan Flight tab it was replaced with Air Yeezy branding the tongue was swapped out and as you can see they added a nice perforated design. The mesh on the side panels of the Jordan 4 has been removed and instead a Nike swoosh was added along with python skin, the heel was given a spine design just as the Air Yeezys display. Checkout the pictures in the gallery below of these Jordan 4 “Air Yeezy 2″ inspired customs. 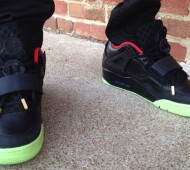 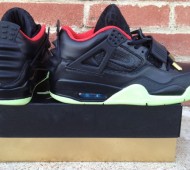 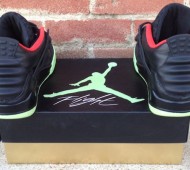 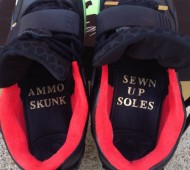 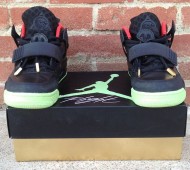 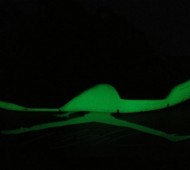