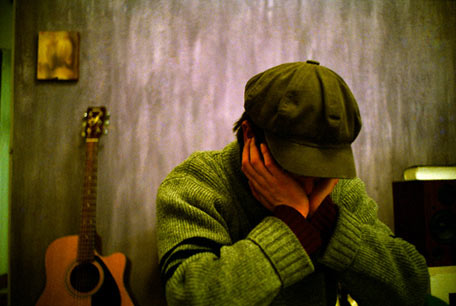 The following is an excerpt from The Plateau Effect: Getting from Stuck to Success by Bob Sullivan and Herbert Thompson.

We all hit plateaus from time to time.

Bodybuilders and dieters know this well. They begin a new regimen of weightlifting or starvation. For 10 days or so, the results are fantastic, even inspiring. Down 4 pounds, or up another 10 on the military press. But somewhere near that two-week mark, they hit a wall. The scale seems frozen in place. The strength gains top out.  They have, cruelly, plateaued.

Plateaus rob you of success. They make hard work worthless. They turn beginner’s luck into sophomore slumps. They can even make you look lazy, dumb, careless, or unloving. You aren’t any of these things. You’ve just been fighting an invisible enemy.

We believe the Plateau Effect is a law of nature, as real and as impactful as gravity or friction. It’s built directly into the genetic code of our bodies, and into the planet we inhabit. The Plateau Effect explains why the world is full of one-hit-wonders, why all good things come to an end, why all trends eventually fall, why most people get less for more, and how you can break through, again and again.

If you’re stuck, one of these devils is probably to blame. Remember, what helps you break out of your plateau today will one day stop working – and you’ll have to try another method. Breaking through plateaus requires constant recalibration – it takes a little of this and a bit of that. In the list below, we show you what “this” and “that” really are for you, today, and into the future.

People, relationships, businesses and even physical processes become immune to the same techniques, the same approaches, the same solutions. Immunity is perhaps the most basic force of the Plateau Effect. Everybody has experienced what it’s like to become immune to something: maybe it’s the complements of your spouse, the smell of garlic at an Italian restaurant, or the effects of your second beer. Immunity can be frustrating – what worked so well yesterday just won’t work today.

Immunity’s Kryptonite is diversity. You’ve got to shake things up and be radical. Trying different approaches, techniques or procedures can shake you out of an immunity plateau.

Short-term greed is bad but long-term greed is actually good. To get beyond the greedy algorithm, you need to think about solutions on a bigger timescale. Someone following the greedy algorithm (driven by short-term greed) would never go to medical school – the student is building debt with no income year after year. Someone who’s thinking about a 10-year horizon instead of a 1-2 year horizon sees the six-figure checks that will eventually start coming in.

If you’re working hard but you’re stuck in a plateau, maybe it’s as simple as taking a break. When you do something – and more precisely, when you don’t do something – is critical. The key is to take control of when you apply effort, not just how much effort you apply.

If bad timing has you stuck in a plateau, remember, the periods of rest and inactivity are just as important as the periods of great effort, just as silence between the notes is part of the music. If you use time as a tool, you can literally wait your way out of a plateau.

Whenever things seem to be sailing along, sometimes the engine just breaks down. Specifically, you can run into one of four dysfunctions:

Erosion: Sometimes we deplete the resources that we need to be successful. Maybe we run out of capital, or time, or skilled workers. When you hit an erosion plateau, progress tends to degrade slowly as some critical resource is gobbled up over time.

Step Function: Sometimes you want to add just a little more of something, but that thing is only available in bundles. The result is a jump in cost, effort, or benefit. We call these things “step functions.” If you aren’t aware that something you need follows a step function, you can hit a plateau because incremental investment won’t lead to incremental improvement.

Solution: Try to smooth out your step function. Sometimes this can be done by identifying some other person or business that has complementary peaks to your own. If you can pool your resources, you can share the cost of the step and make it look more like a comfortable ramp.

Choke points: A choke point is the part of the system that breaks first and slows everything else down. Failing to identify a chokepoint can bring a gushing flow to an unexpected trickle.

Solution: The trick is to find out where the choke point is and creatively route your way around it.

We often react based on distorted data. It’s like walking through a hall of mirrors, and basing a major decision on the crazy fat (or skinny) image you see. Sometimes we measure the wrong things or inappropriately assess risk. In other cases, we fall victim to common psychological errors with data, such as overreacting to the most recent piece of information we’ve received, we get hung up on sunk costs, or we conform to what we think the data is telling us.

The Enlightenment brought us the scientific method because smart people realized that they couldn’t trust their own eyes. The key is to boil out the impurities of data and recognize that you are looking through a lens that might be deceptive. Each type of distortion has its own remedy, but the tie that binds them is to look for a ground truth of data amidst the chaos.

It’s easy to fall victim to the illusion of multitasking and become distracted. Distraction is the enemy of adaptation and can lead you straight towards a plateau. How do we know when and what we need to change to live in a world of unrelenting distraction?

If you take a page from improv comedy – where you look for the truth in what others are saying and build on it through the “yes…and” strategy – you get to a skill we call radical listening. It’s a mode of active engagement, where you are attuned to your surroundings, listening, and adapting.

Failing slow is natural because it’s difficult to tell that a situation is incrementally getting worse. Often the incremental worsening of a situation happens slower than what psychophysicists call the just noticeable difference. The just noticeable difference helps explain why we continue forging ahead when we’re in the throes of a plateau – we just don’t realize how much less we’re getting for our efforts.

Once you understand the just noticeable difference you can counteract its effects.  By setting clear markers, you can objectively see how you’re progressing, figure out what’s working and what’s failing, correct it and move on. It’s important to realize if your efforts will eventually fail by accelerating failure. This ability to fail fast is key, especially when the problems are changing quickly.

Perfect is the enemy of good. The desire for perfection kills beginnings – it’s never the right time to start, and even if you do, a task is never complete because it is held up to an impossible standard. A plateau of perfection is similar to a plateau of inaction.

Accept that perfection isn’t achievable. Focus on taking the first step, and then the next step. There are some tricks that can help, such as structured procrastination and setting hard (but liberating) deadlines.

Understanding why we reach a plateau can help us stop wasting time on things that we’ve stopped getting value from and focus on other things that leverage our time and energy better. Instead of being stuck on a series of plateaus, you’ll find yourself scaling mountains that always seemed far out of reach. And when you reach the peak, as all mountaineers know, you’ll see there are always new mountains to climb. This time, however, you won’t feel like you’re going in circles. You’ll be going up, and up, and up.

Those who master The Effect, who can identify a plateau and break through, will leave one-hit wonders in the dust.

Bob Sullivan and Herbert Thompson are the authors of The Plateau Effect: Getting from Stuck to Success. With more than 40 years of experience between them researching, writing, and analyzing systems and human nature, their new book helps you bust through the plateaus in your own life.

The post 8 Reasons Why You Keep Hitting A Plateau appeared first on 8&9 Clothing Co..